A 25-year-old-woman, working in a private company was repeatedly raped over a period of two years by her friend after habituating her to consumption of ganja.

HYDERABAD: A 25-year-old-woman, working in a private company was repeatedly raped over a period of two years by her friend after habituating her to consumption of ganja. The accused was detained by police on Friday morning and was questioned, following which he confessed to having committed the offence for his pleasure.

The incident of sexual assault came to light only when the victim’s mother noticed certain withdrawal symptoms in the victim when she had no access to ganja for some days. 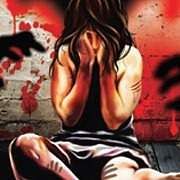 Police said that the accused also made the woman use contraceptive pills to abort pregnancy and continued the sexual assault. “He used to stuff ganja with tobacco in cigarettes and make her smoke it. The girl has become so addicted that she behaves unusual when she does not smoke ganja,” said Miyapur inspector C Harischandra Reddy.

The inspector said that accused Zeeshan Moinuddin (21) of Malakpet, met the woman around two years ago through a common friend. Soon they became friends.

Zeeshan, who was an addict by then, asked the woman to try to smoke with him. Steadily, this became a habit and she got addicted to ganja. He used to take her to a flat, where they smoked and ended up in a physical act, said the inspector.

“Zeeshan, an unemployed, behaved like a pervert with the girl. Noticing that she got addicted to ganja, he constantly met her and took her to a flat ensuring privacy. After the girl became unconscious, he raped her,” said inspector Reddy.

Few days ago, the girl’s mother noticed unusual behaviour of the victim while at home. On suspicion, she spoke to her daughter and got to know about the incidents and lodged a complaint with the Miyapur police. “Preliminary probe revealed that Zeeshan impregnated the woman by raping her while she was unconscious due to high dosage of ganja. Later, they got it aborted using some pills,” he said.

He said that the woman’s health condition is unstable and is admitted to a hospital for treatment. Further, she will be sent to a rehabilitation centre. Zeeshan was arrested on Friday under Section 376(i) and sent to judicial remand.