The unseen, completely novel and crypitc settings interest the viewer to be seen closely and understood or solved as a visual puzzle. The integrated machines often look as submarines and at times like flying aricrafts. One of the paintings titled Adorning III, contains a centrally placed rectangle surrounded by five small sqaures around it. 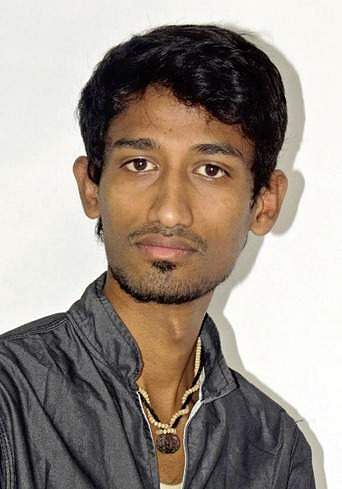 The geometrical shapes are conneceted to each other by lines that resemble electricity cables and wires. The work brings forth four different forms of audio systems.

The central rectangle contains a gramaphone clubbed with other parts of different machines, while the four sqares represent symbolic manifestantions of varied electronic media. The excerpts of vedio tape, cassette, CD manifest the four different means of audio access used by mankind in the past and present. While a solitary box is left blank to accomodate the furture medium,with enhanced technology, which will be used in the coming years.

Another work titled, Desiderio 1, contains a complex structure of machines, heritage architecture and haphazardly picked up elements by the artist from his surroundings. The group is placed inside an ambiguous structure rendered in simple geometrical periphery. A single, puny form of a man witnesses the magnanimous structure from far below corner. 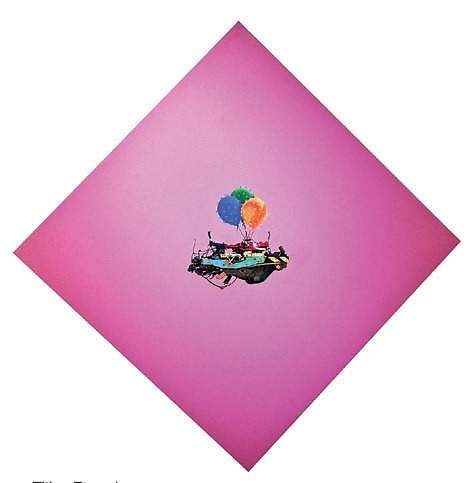 The man completely gets dwarfed off and becomes negligible as compared to the wide space and major section occupied by the mixture of gadgets/structures.

The artist creates surreal expanses by frequent mention of age old gadgets, that are no longer used but are still loved for their aesthetic and antique charms.

The machines are symbolic representaions that support the artists dialogue. They fuse into one another and create a fantastical allegory. The compositions reinstate social, cultural and enviormental impacts of science and industrialisation on human life.

The artist philosopically delves deep into the intricate relationship that has evolved with time, changed often and has for ever occupied a major part of human existance. Like any other relationship, the relationship of man and machine too has multiple acpects, perspectives and diverse influences on each other.

While some simple machines make day to day life easier and activities faster, the works excel in questioning the viewers that, is there is a need to check the overpowering reign of machine/technology in human life?