With comparatively high number of cases being reported in southern states, officials from Telangana want to communicate with their counterparts in Karnataka and Tamil Nadu to understand Swine Flu case

HYDERABAD: With comparatively high number of cases being reported in southern states, officials from Telangana want to communicate with their counterparts in Karnataka and Tamil Nadu to understand Swine Flu cases in summer.

For a start, they want to organise a meeting between Directors of Medical Education of Telangana and the two states to discuss this issue. Telangana’s nodal officer for Swine Flu Dr K Manohar on Wednesday pitched this idea to special chief secretary Rajeshwar Tiwari.

He said they want to know if the virus underwent mutation, is it the same which is prevailing in the three states. 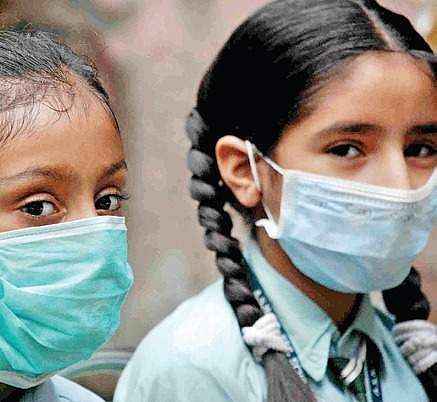 Besides, Telangana’s joint director for epidemics, Dr G Subbalaxmi said that samples from Tamil Nadu were tested to know about mutations if any and officials there received a report. Dr Subbalaxmi requested for a report on it hoping it might be of help in understanding the scenario here and response in awaited. She said that as of now it is Michigan strain of H1N1 virus.

No need to worry, mortality rate in Telangana is low: Officials
Officials believe that there is no reason to worry about Swine Flu since mortality rate is low. Dr Manohar said that mortality percent in Telangana is only one percent. This year, out of 1,224 cases, 16 people died. Going by percentages, it is highest (30 per cent) in Puducherry, 24 per cent in Gujarat and Rajasthan. In Maharashtra, 521 cases were reported and 101 people died. “There is no need to worry about Swine Flu this season,” the nodal officer said.

Hospital-borne infection?
Are patients getting infected by the flu after getting admitted in hospitals? This possibility has not been negated. To do away with this scenario, instructions have been passed to form Infection Control Committees in nodal hospitals where Swine Flu patients are attended. Gandhi Hospital, Niloufer Hospital, Nizams Institute of Medical Sciences (NIMS), Osmania General Hospital, Fever Hospital have been selected for the committees.

The instructions were passed when a four-member team constituted by Union Health Ministry visited the city in last week of February. Telangana’s joint director of epidemics, Dr G Subbalaxmi, said that the virus does not remain in air but settles down on floor or other surfaces such as bedsheets.

‘Want to be prepared for monsoon’
If the virus underwent mutations and causing infections in summers too when temperatures up to 40 degrees are reported, what would be the situation in monsoons and winters? This is one of the reason why officials started testing samples. “We want to be prepared for rainy season,” said an official.

Now we are on Telegram too. Follow us for updates
TAGS
Swine Flu