City warms up to theatre weekend

Qadir Ali Baig Theatre Foundation’s new initiative got a thumbs up at the first edition that was staged at two venues, Hotel Sheraton and Ravindra Bharathi last weekend

HYDERABAD: When we launched the Qadir Ali Baig Theatre Foundation 13 years ago, some veterans came to us and said, ‘why are you flogging a dead horse?’ Today the same people come and thank us for reviving theatre in Hyderabad.

And with 11 editions of the benchmark Qadir Ali Baig Theatre Festival invigorating Hyderabad theatre lovers’ appetite, we started a new initiative along with the Karvy Group, ‘Theatre Weekends”, says Padmashri Mohammad Ali Baig, whose brainchild ‘Theatre Weekend’ is. Little wonder that the artist’s new initiative saw an overwhelming response at the first edition that was staged at two venues, Hotel Sheraton and Ravindra Bharathi. 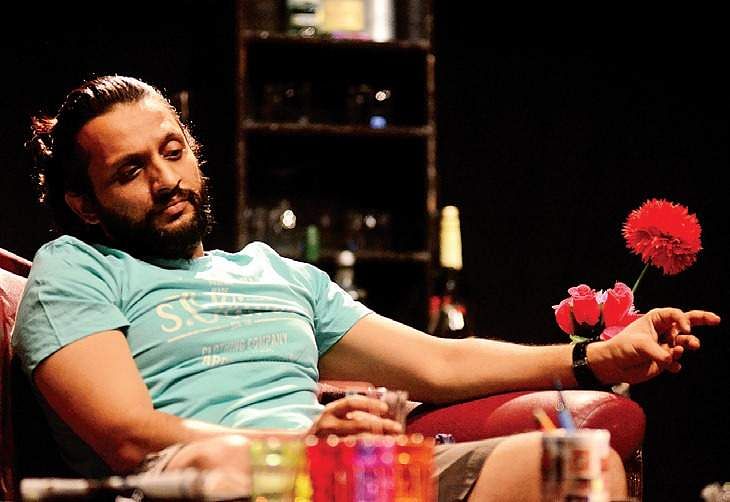 The first evening saw the Foundation’s home production ‘1857: Turrebaz Khan’ which created history for Indian theatre having got a world premiere at Edinburgh Festival Fringe last year and a UK premiere in London. In the city it was staged at Qadir Ali Baig Theatre Festival, Falaknuma Palace and Chowmahalla Palace.

The play based on the unsung freedom fighter from the Deccan of the same name, saw maestro Baig as the protagonist and veteran Vijay Prasad in the role of his captor, talukdar Qurban Ali.

The soundtrack and aesthetic set created the perfect forest ambience of Toopran with the central character tied in ropes to a chair much before the play began, using the metaphor of a live sculpture in theatre. Noor Baig as the woman singer added to the internationally-celebrated play. 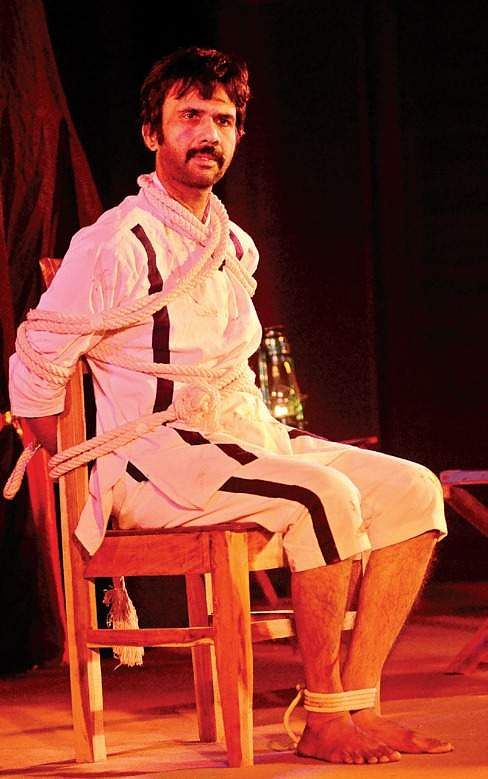 With brilliant direction by Rasika Agashe, riveting performances and onstage chemistry of the two actors and lilting music of Begum Akhtar and Harry Belafonte enhanced the play set in a glamorous, modern yuppie pad.

A remarkable feature of the new ‘Theatre Weekend’ initiative was that it was attended by a cross-section of people from politicians and industrialists, to academicians and socialites, students and art aficionados alike.