The Lions Club International has come forward to extend support to the Greater Hyderabad Municipal Corporation (GHMC) in the developmental activities undertaken by it.

HYDERABAD: The Lions Club International has come forward to extend support to the Greater Hyderabad Municipal Corporation (GHMC) in the developmental activities undertaken by it.

The Lions Club, which is celebrating its centenary this year, has come forward to develop 50 colony parks in various parts of the city as part of its corporate social responsibility (CSR). 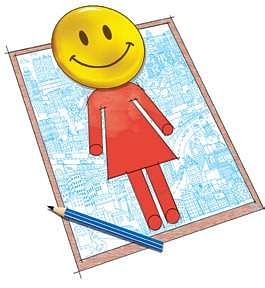 GHMC’s open spaces with covered boundary walls and without any litigations will be identified and handed over to the Lions Club for development, GHMC commissioner B Janardhan Reddy has said.
The identified 50 open spaces will be developed into parks and also their maintenance would be taken care by Lions Club. Initially, it will invest ` 2 crore to development the parks.

Janardhan Reddy, who attended a meeting of Telangana Loins Club district governors at Lions Bhavan in Secunderabad on Tuesday, informed the members that there were about 3,300 open spaces where boundary walls were being raised. If the open spaces are developed as parks, the places will not only provide lung space to the citizens but can also be protected.

The Lions Club also expressed keenness to take up maintenance of existing parks. Janardhan Reddy, however, informed the members that out of the 800 existing parks, a majority were being maintained with the support of Residential Welfare Associations (RWAs) on 75:25 basis meaning 75 per cent fund is borne by RWAs and 25 per cent by GHMC.

The club agreed to the proposal of the commissioner and sought a list of open spaces measuring over 350 square yards to develop parks there from June this year. The commissioner sought a formal letter from them informing the civic body of their interest to take up development of parks in city.