A group of fathers who gathered in the city on Saturday demanded amendment of the Guardians and Wards Act and setting up of visitation centres for meeting their wards.

HYDERABAD: A group of fathers who gathered in the city on Saturday demanded amendment of the Guardians and Wards Act and setting up of visitation centres for meeting their wards. 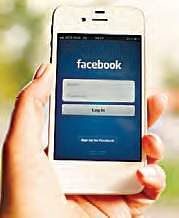 The group of fathers demanded that child custody cases be disposed off within nine months. In the run up to commemoration of Parental Alienation Awareness Day, which falls on April 25, members of the Hyderabad Fathers’ Rights Association, sharing the pain of being alienated from their children, claimed that they were being denied basic rights to spend time with their wards. The initiative has been taken up by Share A Childhood Foundation.

“In case of matrimonial disputes, the law, most often, favours the mother who is considered natural guardian. Fathers are given just visitation rights which is also limited to a few hours,” expressed Anand, one of the fathers from the association at a press conference held in the city on Saturday.

All the fathers pointed that for a child to grow up in a healthy atmosphere, the love and care of a father, is as important as that of a mother.

“We are caught in the web of running to courts, proving that we are not harmful or dangerous, filing multiple petitions. Just because marriages do not work out, it does not imply that we are dangerous or are incapable to take care of our children,” shared Anand, father of a four-year-old boy.  Sudden alienation of children from their fathers is also not healthy for the child mental and physical health, pointed the fathers.

“They undergo a lot of mental pressure and also societal pressure that they need to deal with at a young age,” rued another father.