Let’s connect orphans to parents who want to adopt

Jyothi Reddy, daily labour-turned-CEO, spoke passionately about her dream for orphan kids in the country

HYDERABAD: Late Dr Abdul Kalam affectionately calls me Jyothamma. It is when he told me that ‘God has chosen you to work for me’ when he launched Lead India Foundation that I felt I am born to serve the world,” said farm labourer-turned-IT-Company CEO Dr Anil Jyothi Reddy on Friday. A resident of Phoenix in the US, this NRI who has been inspiring lakhs of women was in the city as part of an interactive session titled ‘The Game Changer’ organised by FICCI Ladies Organisation (FLO).

So, who inspires the 40-plusser and mom of two girls and a native of Warangal district? “I am a receptive person. I draw something from everyone.” Her advice to women who hail from humble backgrounds? “Don’t depend on dad, brother, husband, boyfriend or son. You have all the strength in you. Dependency is a crime,” she said, speaking to Hyderabad Express before she began her talk. 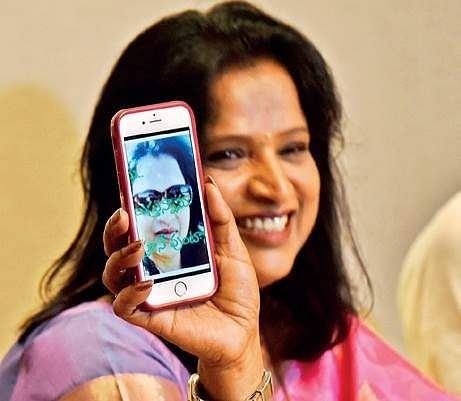 Talking about what her to-do list of 2017 is, she says, “I have been fighting for the rights of orphan kids for nine years now. I lived as an orphan during my formative years (despite my parents being alive, as they were too poor to look after me and lied that I am an orphan) and I know that from not having access to opportunities to being denied recognition and identity, it is a tough journey.

Orphan kids cannot use scholarships etc as they don’t have Aadhar cards or voter ID as none knows about their parents or where they are born.  According to the latest UNICEF data, India has 3.6 crore orphans – that is 2 per cent of the population. To start with, the government can at least issue a certificate that they are human beings and that they should be treated likewise.”

She also talked about how orphan girls are giving birth to orphan kids because they are sexually exploited. “When I went to a home for girls, I met six girls who are pregnant. The government needs to take care of them,” she demands.  She also bemoaned the government policy on adoption. “Every time I do a programme for the orphans, I receive hundreds of messages on my Facebook asking for adoption. There are kids waiting to be adopted, but the state is not facilitating. We should have a nodal agency that connects orphans and parents who want to adopt kids.” She is waiting for the state government to give a commitment on that.

Jyothi Reddy recounted her journey from her childhood at an orphanage to forming her own company in the USA. A jam packed hall comprising of FLO and YFLO members, women entrepreneurs and professionals listened to her in awe as she narrated her life story and accomplishments. Speaking to Kamini Saraf, Chairperson, FLO Hyderabad Chapter, she said that she is fighting for orphan rights for six things –  food, education, accommodation, recognition, employment and healthcare. On the personal front, she is looking forward to celebrating her birthday in August with a three-day festival for orphans in her hometown. “It will be a grand affair with 100 kids and a 100 kg cake,” she signed off.

Later, Kamini shared details about initiatives undertaken by Ficci Flo, tying up with Maruti for teaching driving to women, English speaking programmes and other training. Already 15 women completed the training and are employed.