While writing the book ‘Mr. and Mrs. Jinnah – The marriage that shook India’ author Sheela Reddy stumbled upon interesting margin notes in the books owned by the couple.

HYDERABAD: Priceless documents, letters, books and other belongings of Sarojini Naidu and her family members, the poet and politician who is fondly called the Nightingale of India, are lying buried in a sabzi mandi in Gudi Malkapur.

This was one of the discoveries made by Sheela Reddy, popular journalist, during the course of her journey to pen the book, ‘Mr. and Mrs. Jinnah – The marriage that shook India’.

The book narrates the love story of Mohammed Ali Jinnah, who at the age of 40 fell in love with 16-year-old Ruttie Petit, daughter of his friend through letters that were never discovered before. It was after he returned to Mumbai and became a successful barrister that he married this young lady. Reddy launched her book recently at Press Club. 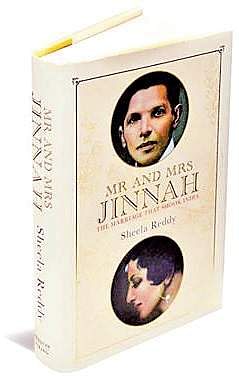 “It is the story of how a marriage affected politics and how politics affected a marriage that has been narrated using personal letters that have never been seen before. It was meticulous research in Karachi, Delhi and Mumbai and bits of it in Hyderabad that led to the book,” shared Sheela Reddy, who grew up in Hyderabad and is an alumnus of Osmania University.

The controversial wedding of Jinnah and Ruttie led to the young woman being excommunicated by her family. With Jinnah busy playing his part in the nationalist movement, Ruttie spent her time with Padmaja Naidu, daughter of Sarojini Naidu, who joined the Indian National Congress at 21. Hyderabad, a city that she had never visited before, except for one aborted trip she made with Jinnah but they were forced to take the next train back as the Nizam’s government objected to a speech Jinnah made there and banned his entry into the state henceforth.

Ruttie had always longed to go there, especially after she got to know Sarojini and her daughters. “Naidu soon became her confidante,” said Reddy.

In her pursuit to find out more on the life of Sarojini Naidu and her daughters in Hyderabad, Reddy encountered a number of surprises. “After a lot of inquiry at the sabzi mandi, I was given one kg worth different types of keys by a lady near the mandi and left me to my fate. After two days I managed to open one cupboard, that had bundles of papers and photographs and most of it was junk. One bundle that had private albums made me sad,” recalled Reddy.

She added that it is important to do something about these scattered remains of a family that was so important in shaping our nation’s history. During the course of the book, Reddy also visited Karachi only to find the treatment of historical documents taken a lot more lightly.  “I couldn’t find any of the letters, but I found book collections of Jinnah and Ruttie’s in the basement of Karachi University. I could observe a lot of personal stories as their books had margin notes and no one looked at those aspects till date and I wanted to pursue that. But five minutes after they found out that I was Indian, I was sent out of the Islamabad library,” shared Reddy. She added, “A few scholars tried to help me but when I asked for some specific books, like Jinnah keeping his accounts, I was told that they are not available and people come and take them away.”