On his historic visit to Hyderabad, the president expressed Iran’s intentions to maintain friendly relations with not only Islamic countries but others as well.

HYDERABAD: On his historic visit to Hyderabad on Thursday, the President of the Islamic Republic of Iran, Hassan Rouhani, said that there is no military solution to the problems faced by the world and the  only solution to the problems is  unity among nations.He expressed Iran’s intentions to maintain friendly relations with not only Islamic countries but others as well. He was addressing a gathering of Muslim intellectuals and scholars from different schools of thought on his maiden visit to Hyderabad, as part of his 3-day visit to the country.

“Iran believes that there is no military solution to the problems in the world,” Rouhani said.
He further said, “Iran hopes to work closely with India. We do not want to have any differences with other countries either.”The President lauded the Hyderabadi culture and tradition and said “India is a living museum of religions, schools of thought and opportunities. We see a lot of temples, other places of worship, and they are all living in peace here. 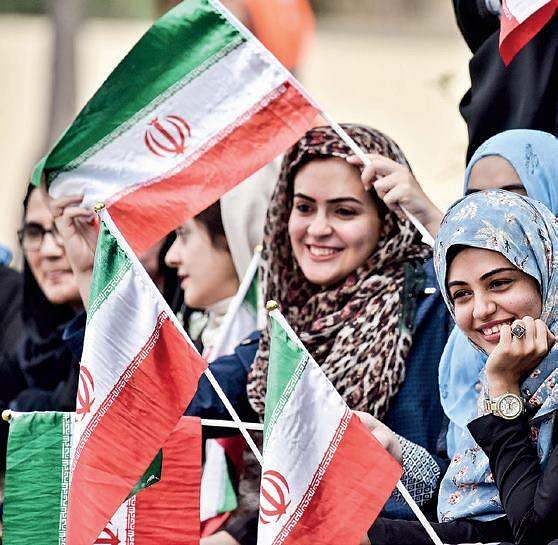 They are having a peaceful co-existence. They have constructed their own country, their own civilization. However, the West has created some rift among the nations,” he remarked.Rouhani spoke about the efforts made by Iran to stop wars and conflicts and how often they had to stand up to powerful nations.   Speaking about the war in Yemen and Syria, the President said that the “War was in fact started for defending the rights of the nations.  The Western world exploited the Eastern world and its resources and created a rift among them.”  Rouhani called for unity among nations to fight against Western powers and said that Iran wants to “clear the hurdles among  the people of Afghanistan, Syria and Yemen.

Now we are on Telegram too. Follow us for updates
TAGS
Hassan Rouhani