Where are the cobblers in Hyderabad?

While cobblers see a fall in demand, State government keeps away from promoting roadside footwear kiosks 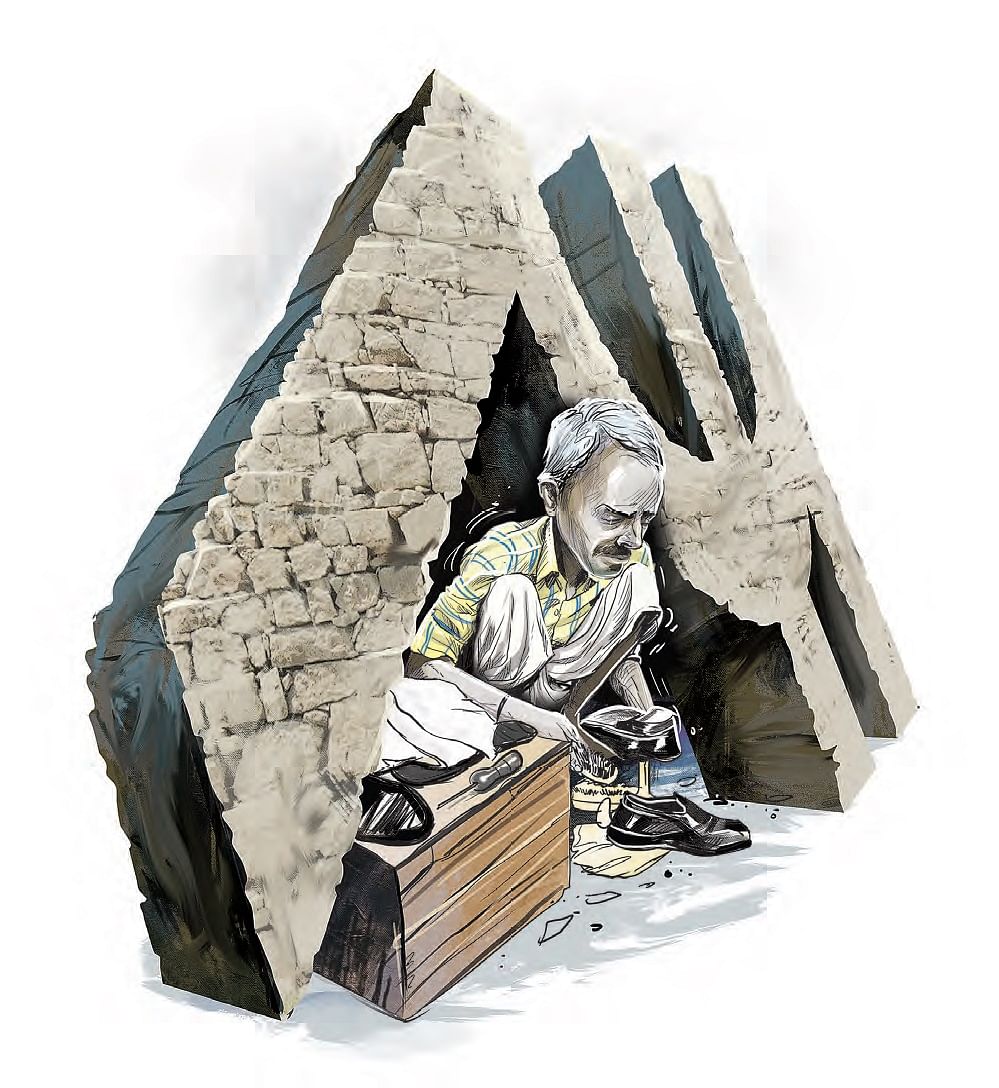 HYDERABAD: Need a quick-fix for any sort of footwear? Mochiwalas or cobblers are the first who come to our mind. But of late, the State government has been keeping away from promoting roadside footwear kiosks. Most of the popular roadside footwear kiosks had sprung up about 20 years ago under the self-employment scheme of LIDCAP (Leather Institute Development Corporation of Andhra Pradesh). However, no new kiosk has been sanctioned ever since then. Reason: State government’s apathy or lackadaisical attitude of the officials concerned.

Speaking to Express, chairman of Telangana State Leather Industries Promotion Corporation Limited (TSLIPCO) Jayesh Ranjan said, “The corporation has been making profits through several other projects. The need for footwear kiosks is no longer felt. So, we are doing away with it.” “The allocation or non-allocation of funds is not for us to decide. We are able to run the corporation and earn a good revenue,” he added.

A footwear kiosk is sanctioned to members of weaker sections of society mostly to those belonging to Mochi, Chamar and Dhor communities. The State government’s neglect comes at a time when it is promoting traditional vocations like sheep rearing, fisheries and handloom.“All footwear kiosks which are currently found in the city and across the State were sanctioned about 20 years ago and they still carry the LIDCAP name. The non-sanctioning of funds for setting up new kiosks means denying self-employment opportunities to 3,000 people,” said an official who refused to be identified.

Experts say TSLIPCO should identify people and provide them with such kiosks to make them self-occupied.Apart from the kiosk, which costs about `1 lakh, tools and machinery and also some raw materials are provided to each beneficiary.  Earlier in the year, the corporation sought an allocation of `162 crore during State budget but the government did not allocate any amount to the corporation.

Menwhile,a proposal for allotment of 3,000 kiosks in the State costing `24 crore was not accepted by the government.“The State government could, at least, use the kiosks to publicise the new entity, TSLIPCO, in place of LIDCAP. However, that doesn’t seem to be happening,” the official added.

Training takes a hit
TSLIPCO, which identifies persons for specialised training in leather and footwear technology, has been unable to do the job now. Last year about 90 students were sent to the Central Leather Research Institute (CLRI) and the Footwear Design and Development India (FDDI) but due to the scarcity of funds, the students could not be sent this year. Not losing hope, the corporation has prepared revised budget estimates of `20 crore entailing some important schemes.

Now we are on Telegram too. Follow us for updates
TAGS
Mochiwalas cobblers TSLIPCO