Whether it’s Bourguignon or Blanchette, chef Sebastien Kardinal knows how to make them without harming animals.

HYDERABAD: On a day that had a distinct nip in the air, an eager bunch of cooks and sustainable living practitioners got drunk on the fragrance of wine and spices at a cooking Master Class in Hitec City. The chef, Sebastien Kardinal, crushed garlic with a knife blade, expressed his love for cloves, and waxed eloquent about bouquet garni, while sharing vignettes about food and life. 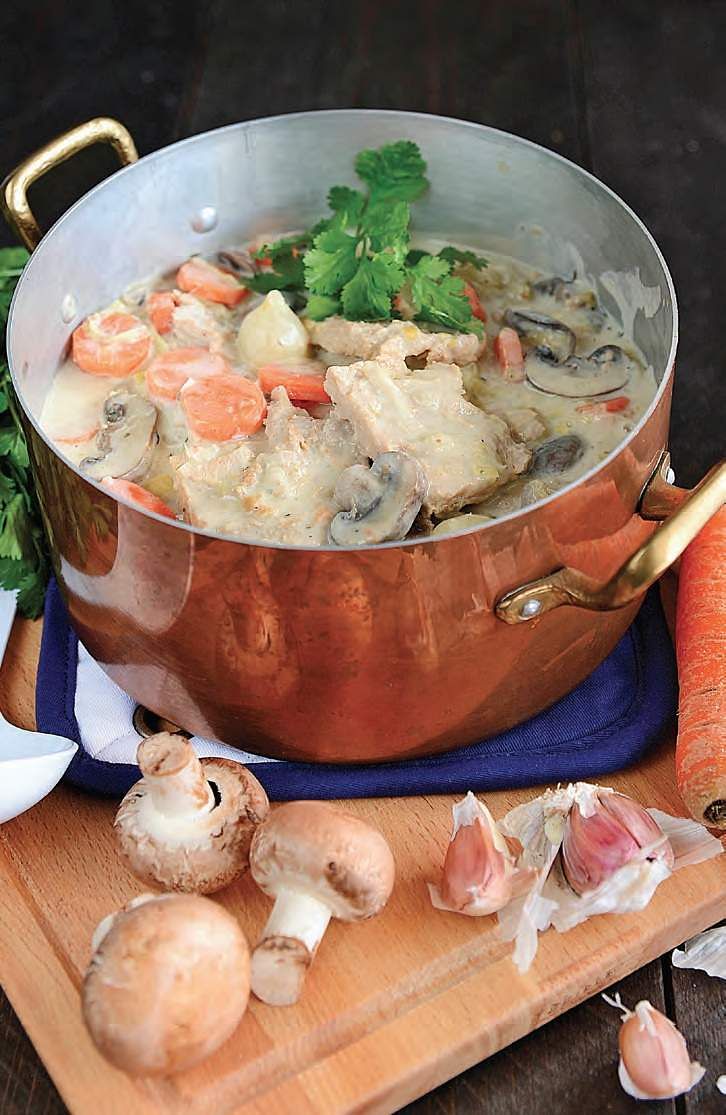 The chef not only had a way with pots and pans, but knew how to keep the crowd engaged too, while the Bourguignon sat simmering on the stove to achieve its characteristic dark hue. Yes, a vegan Bourguignon.

“Don’t be shy, add some oil,” beckoned the French chef, who was here at Novotel Hyderabad Convention Centre to rustle up the vegan versions of a few classic French dishes. For the Bourguignon, he replaced beef with Seitan, which is a mix of gluten powder and chickpea flour flavoured with onion powder, garlic powder, soya sauce and smoked paprika.

The dish is a stew of Seitan, smoked tofu, carrots, mushrooms and pearl onions cooked in a broth of red wine.

But the most surprising ingredient here is dark chocolate! The result is an odd, but satisfying mix of wine and chocolate flavours, enriched by the juices from the vegetables.

Sharing his journey towards sustainable living, the 47-year-old chef said: “I turned vegetarian in 1986 because I did not like the taste of meat, but turned vegan in 2007 when I realised that consumption of animals cannot support a sustainable way of living.”

Sebastien explained how French cuisine is primarily meat-based, and vegan French food is a new idea. However, he says, “Veganism is catching on fast and people around the world are embracing it after knowing how industries treat animals. A few are turning vegans for health benefits.” This thought leader is also the author of a few books on vegan gastronomy.

Despite his unfamiliarity with the induction stove, the chef has whipped up Scrambled Tofu with Mushrooms by this time, and proceeded to prepare another dish, Blanchette. In the traditional version, Blanchette uses veal, and Sebastian replaces it with textured soy protein. Along with soy cream and other vegetables, it is cooked in vegetable broth.

Is it true that a vegan diet can lead to certain vitamin deficiencies in the body? To this, the chef shakes his head and says, “I know many vegans, and they are in the pink of health. However, a vegan diet may fail to provide the requisite amounts of Vitamin B12. Supplements can be taken to rectify that.”

Now we are on Telegram too. Follow us for updates
TAGS
Vegan french food Hitec City Sebastien Kardinal