The epic, to be staged in Shilparamam, promises to be an ‘experience’ with an ensemble cast of Bollywood and TV stars.

HYDERABAD: Leading theatre production company Felicity Theatre will stage the magnum opus play Mahabharat in the city on December 15 at Shilpkala Vedika. Featuring Bollywood and television stars, the play is written and directed by film, television and theatre stalwart Puneet Issar. Says the writer and director, “This rendition of Mahabharat brings forth Duryodhan’s version of reality and truth as he saw it. 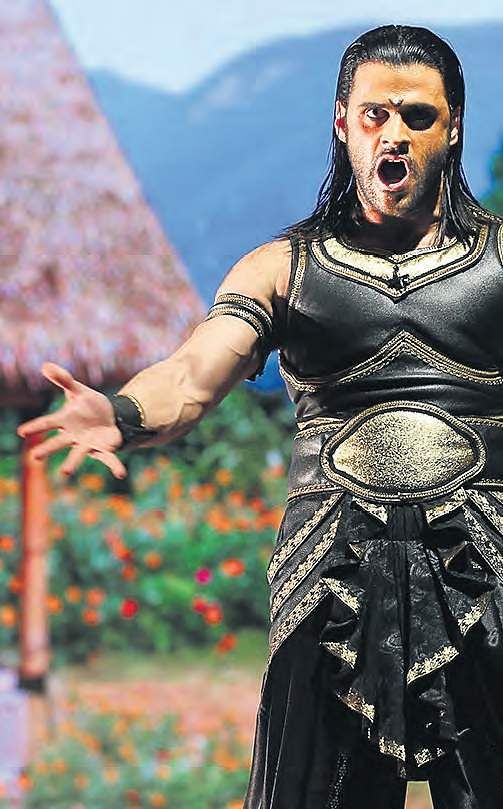 The play throws light on the human aspects of his life such as his rock solid bond of friendship towards his friend - Karan, his relationship with elders of the Kuru clan and Draupadi. Am sure this version will be an eye-opener for many and allow audiences to view this epic tale with a fresh new perspective.”

This version of the epic will be narrated by Dharti Mata, played by renowned TV actor Meghna Malik.

She comments that no matter what the reasons for conflict may have been, the end result has always been the destruction of the planet and mankind. Rahul Bhuchar, Producer and MD, Felicity Theatre added that the aim behind the initiative is to promote Indian Theatre and Culture by producing top-class theatricals.

Now we are on Telegram too. Follow us for updates
TAGS
Duryodhan mahabharat perspective Mahabharat play hyderabad