Smita Rao Bellur, said to be India’s first female  Hindustani vocalist to be accepted into a lineage of traditional qawwals, speaks about her musical journey and the tribute to city poets to be held i

HYDERABAD: There are plenty of instances when people had their ‘Eureka’ moments in seemingly pedestrian moments. Smita Rao Bellur, who is accepted as India’s first female Hindustani vocalist to be embraced into a lineage of traditional qawwals, had hers in a shuttle bus. She was so mesmerised after listening to a kalaam by Padmashri Aziz Ahmed Warsi from Hyderabad, that she decided to learn Sufi music. She has been trained in Hindustani classical music in Jaipur Kirana Gharana.

She had also sung an alaap for the Telugu movie Heart Attack. Apart from being a singer, she has been an IT professional for many years, and has even been a journalist. Smita was in the city recently for a performance, and she spoke to Hyderabad Express about Hyderabadi poetry, real Sufism and Ganga-Jamuni tehzeeb. 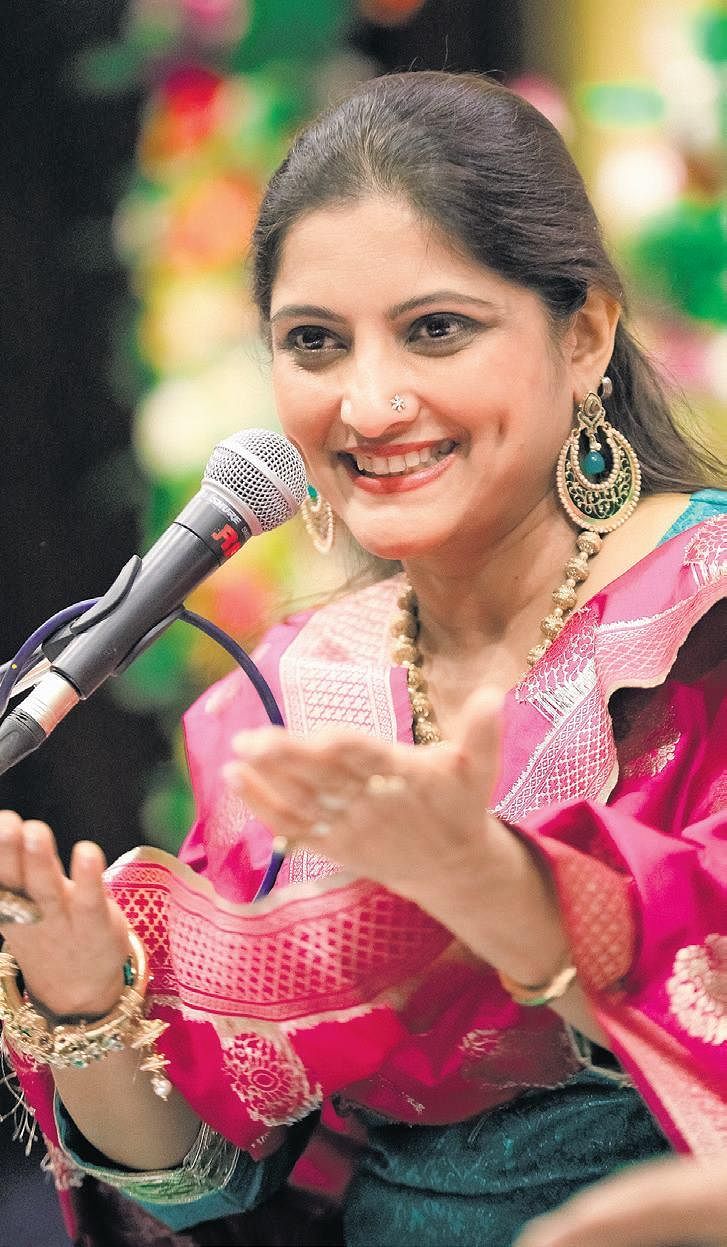 On Hyderabadi poetry
Hyderabadi poetry and music have changed the course of my life. I have been learning classical music since I was 12. In 2009, I was in my company’s shuttle bus that heard Ustad Aziz Ahmed Warsi. When you are in your mid-life, you start looking for something new. His kalaam took me to another world. I realised that though I had listened to many other beautiful pieces of music before, that rendition made me forget everything. After that experience, I started learning Sufism from professor Ejasuddin in Bangalore, and started singing Sufiyana kalaam.

If you start anything without the basic knowledge, you will fall flat on your face. Once when I was in Hyderabad for a show, I realised that I could start learning from Naasir–Nazeer Ahmed Warsi (Warsi Brothers), the grandsons of Ustad Aziz Ahmed Warsi.  As I began frequenting this city, I started receiving more requests to sing the compositions of local poets. In fact, I am fortunate that the song ‘Kab Tak Mere Maula’, written by Hyderabadi poet Shaz Tamkanat, has become attached to my name. Wherever I go, I am asked to sing it by the audience. I feel proud that I am singing the traditional verses of this city. Hyderabadi poetry is not only written in lucid language, but has deep thoughts attached to it.

On Sufism
Sufism is divine love which always uplifts you. Any thought which deteriorates or changes with time, or is hormonal, is not Sufism. Here, the divine beloved becomes so accessible to you that you do not have to go through the rigours of rituals to reach him. You do not have to perform any pooja or fast for a month. This is what Bhakti poets did too. It made the gods come out from the cages of temples and made them available to the common man. You sing a song, you feel god.  For me, Sufi music makes my heart flutter.

Ganga-Jamuni tehzeeb
Nawab Hilm from Hyderabad wrote poems on Lord Krishna. In Hindustani Shashtriya music world, there is no religion. I have sung ‘Allah O Allah’ and Dhrupad singers from Muslim families sing ‘Shiva Har Har Mahadev’. Right now, when there is a lot of unrest in the country on communal lines, I think Hyderabad still is a shining example of Ganga-Jamuni tehzeeb. I am being accepted into Muslim families here to sing about their god and their Prophet. I have never faced any bias.

Initiation into music
As a child, my father had noticed my ability to imitate radio songs. He decided to put me through the formal system of learning. Since the age of six years, I had been participating in inter-class and inter-school competitions. Later, when I was nine, I briefly learnt Carnatic music. At 12, I started training in Hindustani Classical Vocal Khayal music from my first guru, the late PR Bhagwat, who was from Hubli-Dharwad. After some time, I began going there to learn music. When I was working in IT companies, I used to travel there during the weekends. I received a lot of love from the villagers when I used to perform at the Veerashaiva Mutts.

On Bollywood
I see a few youngsters learning Sufi music, but many are calling themselves Sufi with or without training. It has become such a rage that if you take any Bollywood song and add ‘Maula’ to it, it becomes a Sufi song!

Future plans
In January 2020, we are organising a curated show on Hyderabadi poets and qawwals called ‘Shaam-e- Ghazal’. Later in March, we are coming up with ‘Aapki Yaad Aati Rahi’, where we want to showcase great poets of Hyderabad, as sung by the legendary the late Pt Vithal Rao and Ustad Aziz Ahmed Warsi  - the stalwarts of this culturally-rich city.
kakoli_mukherjee@newindianexpress.com @KakoliMukherje2

Now we are on Telegram too. Follow us for updates
TAGS
Smita Rao Bellur Hindustani music