HYDERABAD: Kabaddi is known to be one of the toughest sports to play. Being a contact sport where the ‘raider’ has to tear into the opponent’s territory and tag as many players as possible, all in one breath, it demands high levels of fitness and skill set. At a time when the Indian cricket is not looking good after its World Cup ouster from the semi finals, and when the country has directed its adulation to sprinters like Hima Das, Kabaddi too is finding its own share of fan following. The Season 7 of the Pro Kabaddi League began in Hyderabad last week, and we got talking to the most experienced player in the league, and a young one to understand their takes on this desi game. 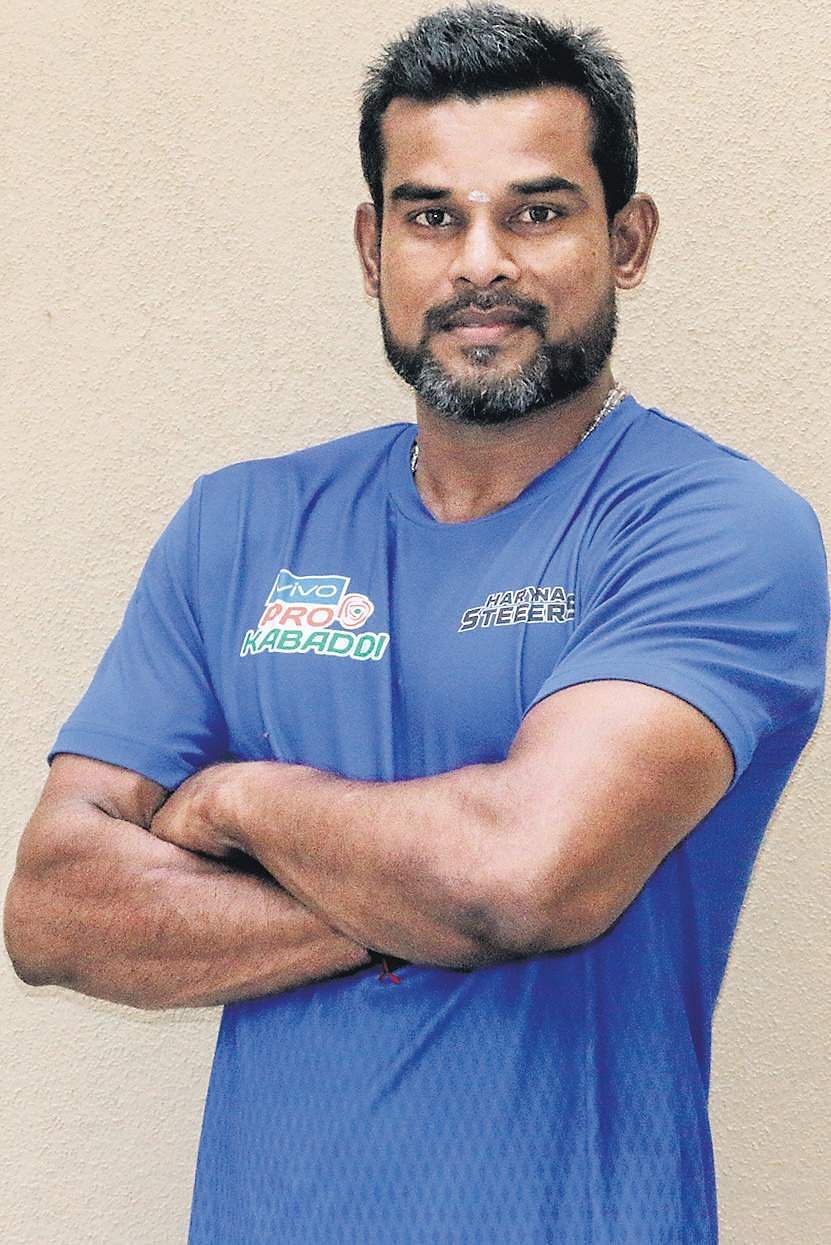 Dharmaraj Cheralathan, at 44, is the oldest player in league. As part of Haryana Steelers, he brings to the table which very few players can boast of - almost two decades of experience. Besides that, he is known for his ‘Ankle Hold’ move and has earned himself a name as one of the most reliable defenders.

When we ask him the secret behind his fitness that has helped him stay strong for all these years, he says: “Diet and exercise. To be ahead in the game, you need to keep a close eye on what you eat and how you train. Dry fruits form a significant part of my diet, and I also avoid broiler chicken as much as possible. I avoid sugar too, and have it only with my tea.”

Being a veteran in the game, Dharmaraj has seen many changes in the sport. “In the initial days, the game was slow as it was played on the ground. Mats were introduced in 2008, which increased the pace of the game. However, the move has made players more susceptible to injuries too.”

Dharmaraj, who hails from Thiruchanampondi village in Thanjavur district of Tamil Nadu, played his national-level game first for the Indian railways team in 1996. The journey, however, is not bereft of temporary setbacks. In 2010, the veteran player injured his hand during a game and it took him six months to recover. His discipline and passion for the game made sure that he bounced back strong than ever. “My friends and well-wishers provide me the motivation I need. I am lucky to have people around me who encourage me to go on and face challenges head on.” When asked about the new talents entering the field, Dharmaraj says, “The young players have lot of enthusiasm and fire in their bellies. I like to guide them and show them how to direct that fire fruitfully in the game.”

19-year-old Naveen Kumar of the Dabang Delhi KC team, who is the first player born in the 21st century to play in the league, also agrees that support from his seniors has gone a long way in perfecting his game. This youngster, who was the youngest player in Season 6, is known for his agility and his ‘Running Hand Touch’ move. He says, “It has been a very tough fight till now, but my seniors have been guiding me. Their guidance filled me with confidence and gave me the will power to take on the rival teams.” With such frequent neck-and-neck matches, how does he make sure that he stays on the top of the points table? “Every game is tough. New talent is also seen in every season. The game seasons are long, and it is the same this time too. That is why you need high fitness levels to play for such a long duration. My trainers focus on weight training so that I can give my best to every match.”

When asked if Kabaddi is seen as a sport which is mainly played in rural areas, Naveen replies in the negative. “No, things have changed now. This sport is played everywhere, including other countries. Youths from different cities are showing interest in the game.”

Are there any ways through which Kabaddi can be made more popular? Naveen believes that initiatives like the Junior National Kabaddi Championship are making the sport very popular among children. When asked about how he balances academics with Kabaddi, the youngster says, “I concentrate on one thing at a time. I understand that both are important for me.”

Now we are on Telegram too. Follow us for updates
TAGS
Kabaddi Dharmaraj Cheralathan Naveen Kumar