HYDERABAD : The first thing which never went unnoticed about the celebrated artist Surya Prakash was the grace which he carried himself with. I remember the first time I met him five years ago was at Shrishti Art Gallery, Jubilee Hills for the first edition of art extravaganza Ramaniyam. He returned my greeting with a smile, offered a chair, and made the champagne glass rest on the side table.

Its golden tinge complementing his slate-grey attire. The exhibition was celebrating works of the greats like SH Raza, Hussain, FN Souza, Ram Kumar, Jamini Roy and of course his works along with other artists from Hyderabad. A look at his waterlilies and the striking resemblance with French Impressionist artist Monét was evident. 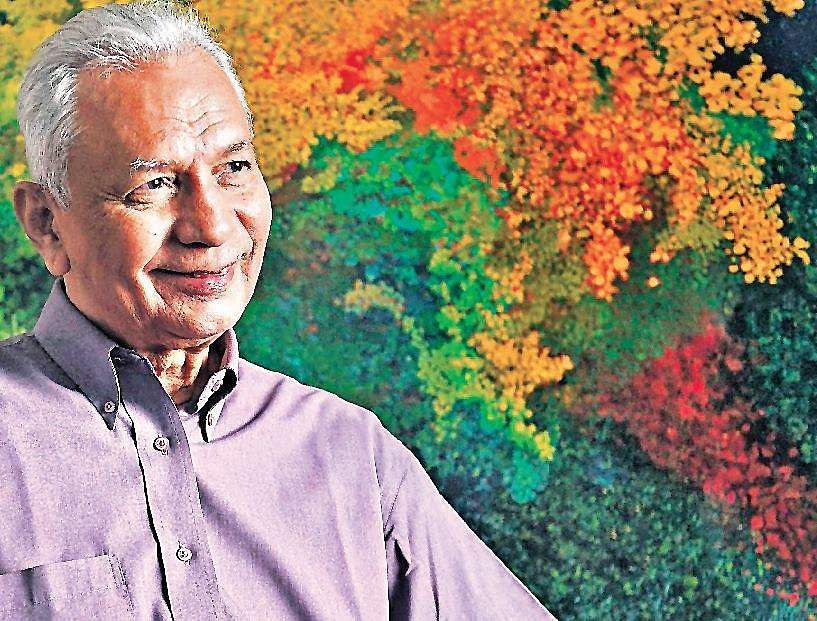 The silver-haired abstract expressionist smiled, “I have actually created a pond in my garden full of waterlilies. I sit there to observe the opening of the flowers, the work of green.” Meticulous. Industrious. Passionate. That’s how even a day before his death he was talking to city-based artist Laxman Aelay for an upcoming exhibition he was planning in the city. After finishing the conversation at his Banjara Hills home he painted for some time, slept, woke up in the morning, made coffee for himself, and was reading the newspaper when cardiac arrest claimed his life. He was 79.

Years of his life were spent in mastering the art after he gave up his government job in 1964. His works encompassing decades were compiled into a coffee-table book titled ‘Retrospective’ published by Indian Fine Art. These opuses were exhibited in National Gallery of Modern Art (NGMA), Bengaluru and other art galleries in Hyderabad. What set him apart was his strong belief in art and delving deep into the aesthetics. That’s how he spent two years in the States just to study the changing hues of autumn. A look at his artwork of floating leaves in shades of velvety purple, walnut brown, russet and scarlet explains the techniques he learnt directly from the Nature.

Not just a gifted master painter whose works stand apart in the Indian contemporary art scene given the fresh abstractionism he practised, he was diligently involved in the promotion of art. Way back in 90s he had opened Surya Art Gallery in Srinagar Colony where he exhibited works of renowned names like Alok Bhattacharya, Ganesh Pyne, Ganesh Haloi, Samir Mondal, Yusuf Arakkal and others. Says Manvinder Dawar of Indian Fine Art, “He used to promote a lot of young artists and I owe him much as he introduced me to several people in the art fraternity.

He used to do a lot for the rising artists without expecting anything in return.” They both were planning another exhibition of Retrospective in Mumbai in December. Surya worked in his studio at LV Prasad and, “He made sure that local artists got a studio space. He was always so enthusiastic. Always supportive,” says Laxman Aelay. The country has lost its Monét but he will forever shine through his flowers, waters and leaves.