‘Train of weaves’ for handloom day

At the virtual meeting the sari enthusiasts decided to wear distinct handlooms from their wardrobe and use new as well as old photographs, to showcase the handlooms pan India on social media.

HYDERABAD: Seventy four women across three continents draped in saris, each in a distinct Indian weave, gathered for an online meeting hosted by the Global Sarees Pact, a five-year-old Facebook group that promotes wearing of saris and weavers, in keeping with the Covid times on the eve of National Handlooms Day, August 7. The significance of 74 is the marking of 74 years since India became independent. In earlier years the group joined hands with The Telangana State Handloom Weavers Cooperative Society Ltd to showcase new handloom motifs and designs in saris by walking the ramp to mark the occasion. 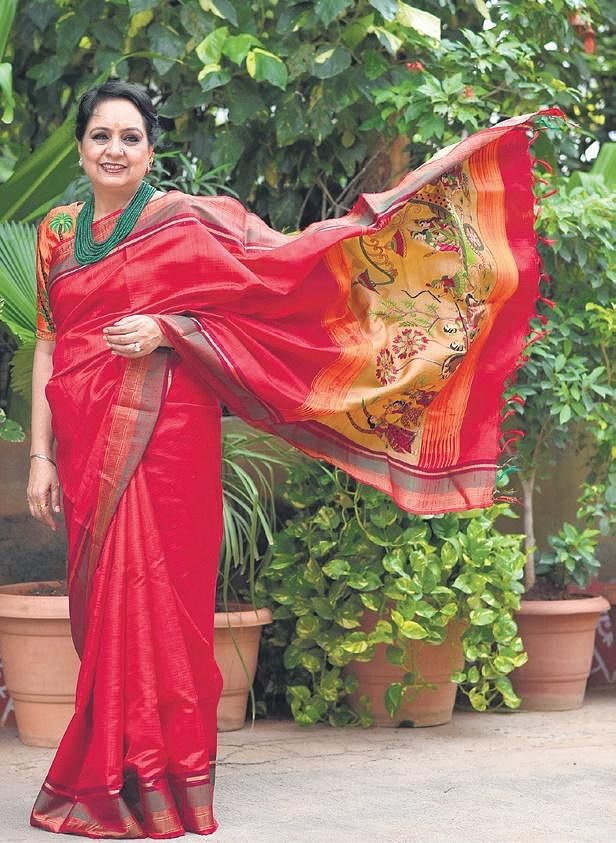 At the virtual meeting the sari enthusiasts decided to wear distinct handlooms from their wardrobe and use new as well as old photographs, to showcase the handlooms pan India on social media. The members hashtagging the drapes as handloom day 1 handloom day 2 are to share the glory of Indian culture and traditional textiles by adding an explanatory note along with the photographs. The online meeting was attended by select representatives of the Global Sarees Pact – it has nearly 15,000 spread across 15 countries – from around the world. “Covid-19 has pushed weavers into turbulent times. There is no market for what they weave and things have come to such a pass that many looms have fallen silent,” Tejdeep Kaur Menon, senior admin of the group, told the members while initiating the discussion.

She pointed out another unwelcome change is that for the modern Indian woman the sari is fast becoming a festive garment to be worn on special occasions. “What we need to do is to make it daily wear just as grandmothers and mothers did for decades,” she said. The groud did the train of weaves that Global Sarees started over the past year has showcased 74 distinct weaves and embroidery styles of India. “It is a meaningful portrayal of the evolution and the transformational journey of Indian weaves,” she explained.

Now we are on Telegram too. Follow us for updates
TAGS
Global sarees pact National Handlooms Day