Speaking to reporters at Telangana Bhavan on Saturday, Rammohan said there had been no communal clashes in the city during the past six years.

HYDERABAD:  Telangana Rashtra Samithi (TRS) leaders, including Mayor Bonthu Rammohan, alleged that leaders of Opposition parties of Congress and BJP are trying to create communal disharmony in Hyderabad by raking up the issues of temple and mosque within the old Secretariat premises. 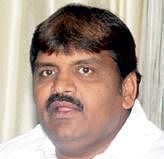 Speaking to reporters at Telangana Bhavan on Saturday, Rammohan said there had been no communal clashes in the city during the past six years. He said the Opposition, which did not find a single issue against the government, was trying to create communal disharmony. Rammohan said when Narendra Modi was the Chief Minister of Gujarat, several religious structures which were obstructing developmental works were relocated.

“Even in GHMC area, around 20 religious structures were relocated for road widening works after consulting the elders of respective religions. When Hyderabad is peaceful, Opposition parties are trying to hatch a conspiracy to disturb the communal fabric,” he alleged.

Stressing the need for demolition of the old Secretariat, Khairtabad MLA and former Minister Danam Nagender recalled that when K Rosaiah was Chief Minister, a major fire broke out in the Secretariat. He said at the time, a delegation from Singapore was in the Secretariat, and a fire tender was unable to reach inside to put out the fire.

He said people should not believe in false allegations levelled by the Opposition. “People of all castes and religions consider Chief Minister K Chandrasekhar Rao as God,” Nagender said. TRS MLC MS Prabhakar Rao alleged that Opposition leaders, who are anti-development, were bringing religious issues to the fore and slinging mud on the TRS. MLC M Srinivas Reddy was also present at the press meet.

Now we are on Telegram too. Follow us for updates
TAGS
TRS Bonthu Rammohan Mosque Hyderabad mosques