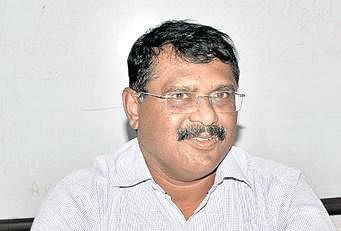 Addressing the press on Saturday, he said, “People need to understand that these agents are in no way connected to the State Health Department. Many times, especially during recruitment, these agents mislead people and take money from them promising them jobs. The job-seekers then come to our office asking about the jobs that they were promised.”

"According to Chief Minister K Chandrasekhar Rao’s directive, we will be opening 90 new Dawakhanas taking the total count of Dawakhanas in the city to 164,” he added.

Explaining the recruitment process, he said, “For the new Dawakhanas, we have sanctioned 94 posts of doctors and 58 posts of staff nurses. We have received over 400 applications for the post of doctors and over 2,000 applications for the post of staff nurses. Each Basti Dawakhana is supposed to have one doctor and one staff nurse on-call from morning 9 am to 4 pm. They provide people with primary-level consultation and treatment for common cold, flu or fever”. According to Dr Venkat, the top three issues that the doctors treat at most Dawakhanas are hypertension, diabetes, oestroporosis along with fever.

The State would also take into account the need for an online list of Dawakhanas and the areas where they are available, along with proper maintenance of data with regard to the common health issues that the people face.

The Chief Minister had recently stressed on the need for more number of Basti Dawakhanas to provide healthcare to people at the grassroot level so that they need not travel to far-flung locations for area or tertiary care hospitals.

The CM has directed the State Health Department to build 300 more Basti Dawakhanas in a month.