Wait till 2021 for cultural events

As we step into the eighth month of Covid-19, several cultural spaces in Hyderabad are yet to re-open their doors for events and performances

HYDERABAD: Weekends, despite the opening of restaurants and the malls, still seem dull. That’s because as we step into the eighth month of COVID-19 pandemic, several cultural spaces in Hyderabad are yet to re-open their doors for events and performances, which makes the streets quiet and the organisers of various cultural complexes deal with closed auditoriums and zero revenue. And, quite expectedly, the worst part is that nobody knows when it’ll be over.

The Ministry of Health and Family Welfare (MoHFW) has released the Standard Operating Procedures for public events and festivities. Certain guidelines have been issued stating that cultural centres can be opened from October 15. “But we have not received any green signal from the state government to open cultural centres,” says Mamidi Harikrishna, the director of Language and Culture, Department of Telangana. 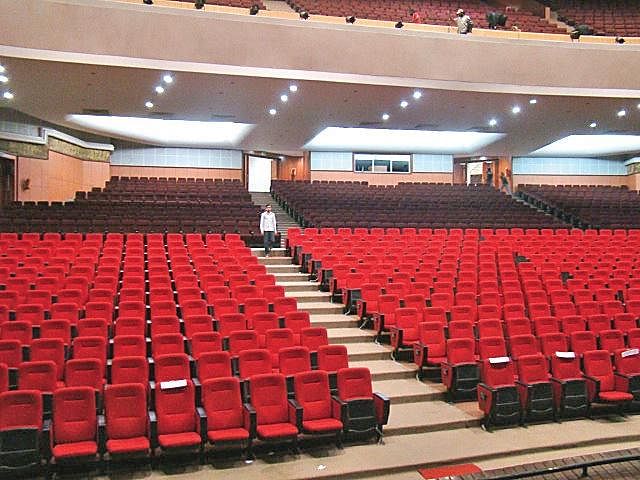 Talking about opening Ravindra Bhavan, Saifabad for events he adds, “Most of our auditoriums are closed areas and if people sit over there for a few hours, it’s sure to aggravate the contraction of the Coronavirus. At the same time implementation of COVID-19 precautionary measures in such spaces isn’t easy. Sanitisation has to be done twice both before and after the event.” If the auditoriums open the organisers of the event(s) will have to bear the cost which is around Rs 15,000.

Not before January
The number of people that will be seated has to be restricted to 50 and there can be only one event in a day, not three as was the norm during ‘normal’ times. The popular cultural space Lamakaan in Banjara Hills, Road No.1 has a decent area of open space but the owner Ashar Farhan isn’t going to open it anytime soon. He says, “According to some reports, there will be a peak in the positive cases in December.

We’ll observe the situation if the premises have to be opened; it’s not going to happen before January end.” Other than cultural events, the place is known for its quality food, chai, lassi, nimbu pani and Sunday Bazaar where artisans and entrepreneurs sell their goods. Adds Farhan, “We may open Sunday Bazaar with restrictions so that there’s a check on the number of visitors.” Another such space with similar events and bazaars is Our Sacred Space, Marredpally which used to see many visitors from the twin cities. Says the programme coordinator Sushmita, “As of now all our events are being conducted online. None till January end.” 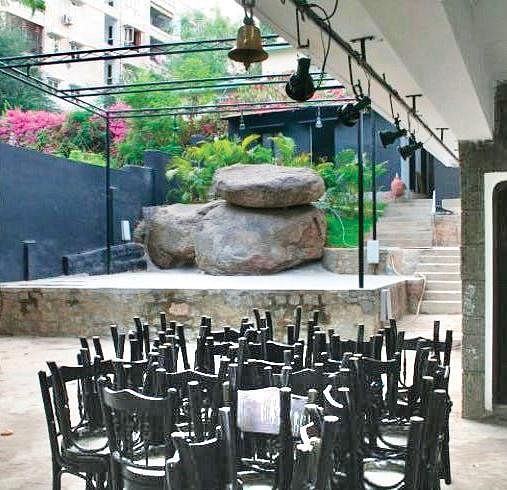 Auditoriums to stay closed
Saptaparni, another cultural space at Banjara Hills, Road No. 8, has an inhouse space for performances/book launches/discussions. It also has a beautiful amphitheatre surrounded by frangipani trees. No events will be held there as well before the year 2021. Says Sunita the manager, “We have decided to hold events from January 21 onwards. Not more than 50 people will be allowed at a time.

Depending on the situation then, we will take other measures as well.” But the popular artisan bazaar and tourist spot Shilpa Ramam has opened from October 2 onwards. The place is known for its handcrafted artefacts, handloom materials, metal/wooden/stonewares among other items. “The management has already started receiving bookings for open-air venues Rockhead, Mountain High, and Sima,” says Sucharita, the event coordinator. The closed air auditorium Shilpakala Vedika, which has the seating capacity of 2,500 people shall remain closed till the further decision is taken.

Now we are on Telegram too. Follow us for updates
TAGS
Hyderabad coronavirus Coronavirus COVID-19 social distancing malls