Police have collected videos, audio clippings and will question Sai Krishna. Sravani hung herself at her residence three days ago.

HYDERABAD: An assault by a man driven by jealousy on TV actress Kondapalli Sravani at a Punjagutta restaurant might have caused the actress to commit suicide. The man who assaulted her, Sai Krishna Reddy, allegedly assaulted her again at the basement of her apartment. 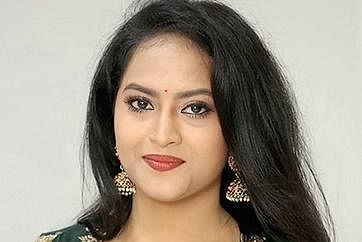 Police also suspect that Sravani’s relationships with Devaraj and Sai Krishna had caused disturbances among her family members, and hours before she committed suicide, she was abused by them. The police registered a case of suspicious death and are likely to lodge a charge of abetment to suicide on her boyfriend Devaraj Reddy and on Sai Krishna.

The police said disputes had occurred between Sravani and Devaraj, and they had registered cases on Devaraj based on Sravani’s complaint. Later, Sravani wanted the case to be closed as she was to marry Devaraj. When the duo were riding on a bike, Sai Krishna, who was in love with Sravani, noticed them. Hours before the actress committed suicide, Sravani and Devaraj went to a restaurant to have dinner. Sai Krishna followed the couple to the restaurant and had an explosive argument with Sravani. He also called Sravani’s parents and informed them that she was with Devaraj.

Now we are on Telegram too. Follow us for updates
TAGS
Kondapalli Sravani suicide