Reaching out to Hyderabad's street furballs in a pandemic

It is not only humans who have been at the receiving end of the pandemic. Animals, especially strays, have been bearing its brunt too.

HYDERABAD: It is not only humans who have been at the receiving end of the pandemic. Animals, especially strays, have been bearing its brunt too. In the first wave, when eateries shut down and people disappeared from the roads, the animals faced starvation and lack of company. As we grapple with the second wave, we take a look at people and organisations which have been doing their bit to provide the street furballs a better life.

A sanctuary for animals big and small 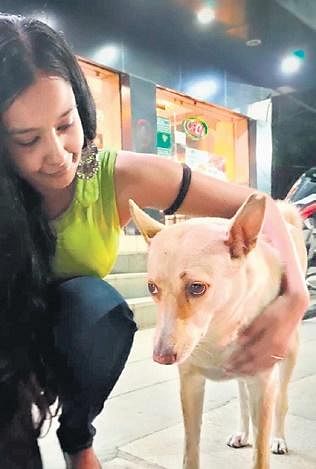 I work for NS Ahluwalia Animal Sanctuary (NSAAS) in Medchal. From three dogs in 2009, the sanctuary is now home to 35 dogs, big and small. Most of them were rescued from dust bins and garbage dumps, hostile neighbourhoods, four-lane highways with heavy traffic. I joined this place because Mr Ahluwalia is genuinely interested in doing good work for animals and cares two hoots about fame and ego satiation. I do animal welfare work because stray animals often need food, rescue, rehabilitation and birth control measures. People often ask me if I do what I do because I am an animal lover. Well, I am an animal lover, but I do what I do simply because it’s the need of the hour. For instance, environmentalists don’t do what they do because they are tree huggers or nature lovers. Their work is beyond their liking or love. It’s the same for me too.

The Animal Water Bowl Project Trust has been providing water bowls for stray animals in the city. With a scorching summer ahead, their work assumes more importance as sources of drinking water for animals dry up in the season. With this in mind, the organisation has come up with a new campaign: ‘Drive For a Cause’. This campaign is a different way to engage people and create awareness in the community. A team of volunteers drive in a vehicle with the required material and interact with people to sensitise them about animal welfare. Any person who owns a vehicle can join us. In our recent outing with the first volunteer for ‘Drive For A Cause’, we convinced a pan shop owner, a food vendor and a mechanic to keep water bowls near their shops for stray animals to quench their thirst.

Our organisation, Animal Warriors Conservation Society, rescues animals from difficult situations — if they are trapped in a building or have fallen into a well. We also rescue injured animals, provide rehabilitation, and spread awareness about nature conservation. We have organised lake and beach cleanups to make them plastic-free zones. Tree plantation drives has also been our focus area. 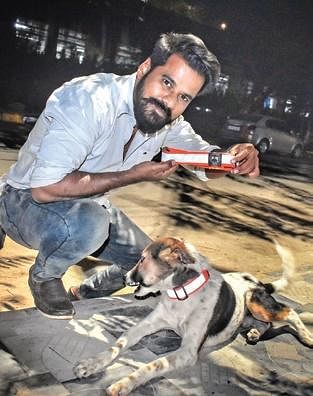 Reflective collars to save lives

We came up with the idea of providing stray animals with reflective collars so that they are not hit by motorists. The collar has a one-inch reflective tape line, which shines when light falls on it. Till now, we have ‘collared up’ 3,986 stray animals. Apart from being an entrepreneur, am a hiker and trekker too. Once, when I was trekking from Manali to Rohtang Pass, I saw a woman who had a dog with a LED collar round its neck. It was at that time that the idea struck me. However, LED collars need to be charged from time to time, making it unsuitable for stray animals. We figured that a reflective collar would be a better idea to prevent stray animals being hit by vehicles. After experimenting with several types of materials, we zeroed in on 3M reflective tape and made this collar.

I volunteer for a group called Association for Animal Shelter and Rescue Aid. We have handled animal cruelty cases and distribute food for strays near the Seven Tombs area as eateries have not opened yet. We were instrumental in starting the practice of feeding Abhishekam milk from a temple in Manikonda to stray dogs. The suggestion was taken well initially, but the chief priest of the temple, which is called Sarada Chandramoulishwara Venkateshwara Devasthanam, supported us. The milk is sufficient to feed almost 60 strays every day.