HYDERABAD:  Like every average Telugu youngster, Yespal Veeragoni left for the US with dreams in his eyes in 2008. Life gave him a rude awakening when his university was about to shut down for flouting some norms and he almost had to return to India. However, he managed to turn that experience into a professional entity and that’s what he is happy about. 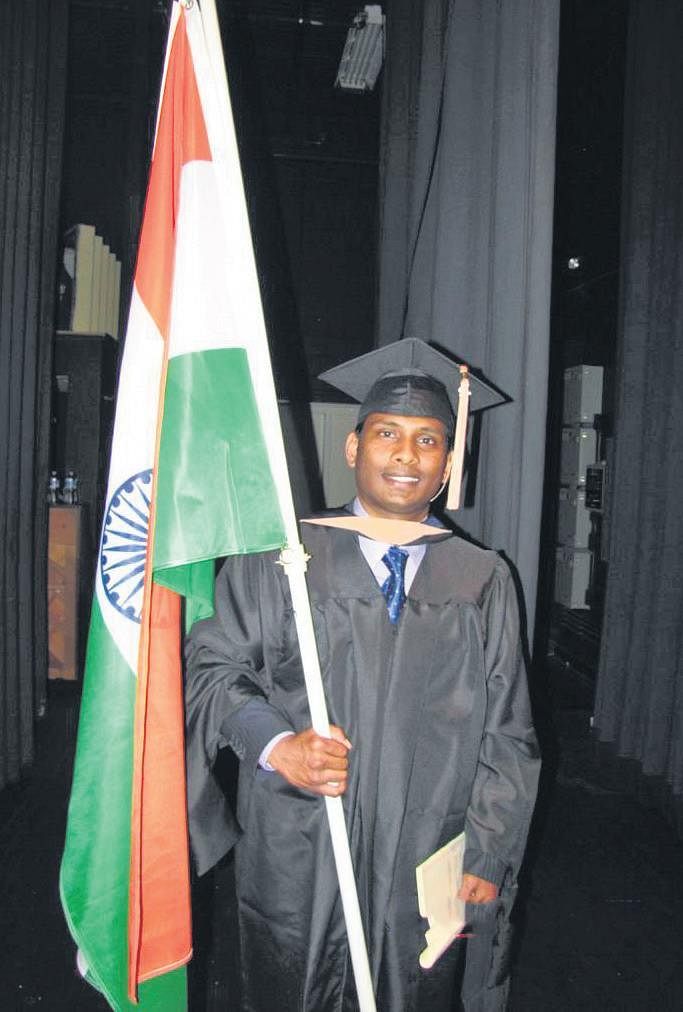 “I was pursuing my second year and university got shut down because it flouted some norms and did not maintain the standards it was supposed to. However, it pained me a lot to think that I was in the lurch for no fault of mine. It seemed unfair that I should get punished for mistakes that students like me did not commit.  I visited about 40 universities in the US to get my visa status back and in the process met 2,000 students of whom 90 percent were Indian. I inquired about US student visa rules and middle of the semester, I manage to get admission in another university. The entire episode was a great learning experience,” he says.

Yespal says between 2010 to 2020, he has processed visas for 3,000 students and that makes him feel accomplished. This Warangal-born graduate with a Bachelors in Pharmaceutical Sciences from Kakatiya University recalls those dark days. The University in which he was pursuing his higher studies decided to close its doors for multiple reasons. This was a huge setback for students enrolled in the same university who belong to several working-class families from India.

Like him, there were scores of Indian and Telugu students whose dreams were shattered.  “The student base in the university largely comprised of enthusiastic and highly skilled students from India. Failure to maintain student status would mean the possibility of deportation. This really made me sit up and do something proactively,” he says. Thus began, what he calls “Immigration Leadership.” The idea to start a professional firm that would help students like him took birth.

After the university fiasco, he went on to graduate from Governor’s State University and earned an additional Master’s in Business Administration from Virginia University. He spent several of his university years, interacting with individuals ranging from top immigration attorneys to policy makers.
His primary objectives were to understand and analyse problems faced by students wanting to pursue higher education in the United States of America.

Building relationships with both academic and student bodies across both countries, he quickly became a consultant for student immigration and foreign education-related issues in India. “My experiences with visa issues helps me give personalised guidance to young students aspiring to higher education abroad,” he adds, With over 14 years of experience in guiding several thousands of students from different socio-economical backgrounds in India, he co-founded Ed & ImmiGo in Hyderabad and provides services ranging from visa documentation services to overseas career counselling.

“My days in the campus has prepared me to face any questions regarding immigration procedures, visa processing, documentation and interview preparation, competitive exam coaching, as well as updated information on the ever-changing developments in immigration law.”  “I am also offering free counselling and free processing as part of my contribution to the society,” Yespal adds. He believes that one should always learn from mistakes and put those lessons to good use, like he did in his life.

Now we are on Telegram too. Follow us for updates
TAGS
Yespal Veeragoni overseas educational consultancy immigration

It's easy to be provocative by being nationalistic: Abhay Deol on jingoism in films

In a first for Biden administration, US strikes Iran-backed militias in Syria

Eight Assam labourers attacked in Meghalaya; one dies, others sent back home