The search for truth with Boyd's theosophy

Tim Boyd, the international president of the Theosophical Society, gives his views, while on a recent visit to Kochi

KOCHI: When Tim Boyd, the International President of the Theosophical Society, stood on the stage at the society centre in Pallimukku, Kochi, on a recent Monday morning, he was amazed at the number of people present. “It meant that they found it of sufficient value,” says Boyd. “It speaks about the spiritual urge among people.”

They had come to listen to Boyd speak on the uniqueness and value of theosophy. The society was founded in New York, USA, on November 17, 1875. The founders included Helena Petrovna Blavatsky, Colonel Henry Steel Olcott and William Quan Judge.

One of the more famous members was the Britisher Annie Besant (1847-1933) who played a key role in India’s freedom struggle. She was also the second president of the society, which has its headquarters at Adyar, Chennai.

The principle of the theosophists is that there is no religion higher than truth. Today, worldwide, there are 28,000 members in 70 countries. Out of that, 40 per cent of the membership comes from India. In Kerala, there are 380 members.

As for the low numbers, Boyd says, “It will never be a mass movement, because we do not encourage blind belief. To be a theosophist requires a certain amount of questioning, as well as a self-directed effort, which is less popular than being told what to believe in.” 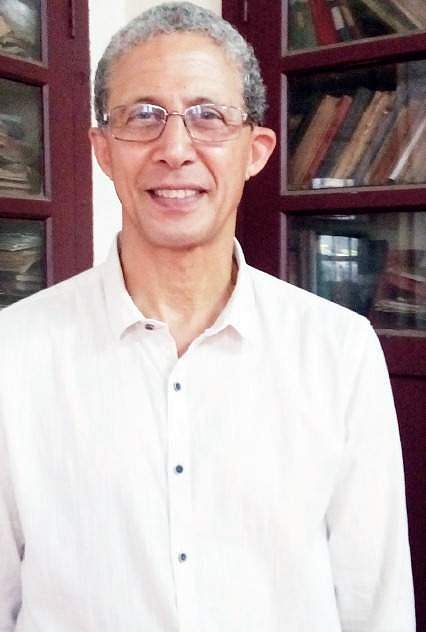 So the type of person who tends to get attracted to the group includes mystics who want a direct relationship with God, and scientific academicians who recognise that there is a deeper shared truth between science and spirituality. “There are also people who believe that there is something beyond the normal every-day experience,” says Boyd.

According to theosophy, there are seven levels of consciousness. Most people experience the physical world, as well as that of feelings and emotions. “But there are deeper dimensions which are more spiritual,” says Boyd. “To access these worlds, it is important to focus on them.”

Unfortunately, this is getting difficult because of the onslaught of technology as well as social media. “Human beings are getting distracted all the time,” he says. “But what is most worrying is the projection of fear. People are afraid of terrorism, weather change, and of each other. These apprehensions take away a lot of energy. At some point, you have to say, “I have to stop this’.”

One of the ways to do it is to follow a simple technique. “Listen to your breath,” says Boyd. “The moment you do that, it immediately centres you as a person. In the beginning, it is tough but, through practice, you can get adept at it.”

Boyd gives an example. “Two men are having a conversation,” he says. “If one of them is spiritually-evolved, he will not only listen to the other person, but, at the same time, he will be aware of the birds singing in the trees. Through practice and meditation, he has extended his awareness.  Theosophy says that it is possible for all us to extend our minds in this manner.”

Meanwhile, as Boyd travels all over the world, giving talks, he notices differences in reaction. “In America, a young country, just 223 years old, the attitude towards life is all about activity and motion,” says Boyd. “In India, an ancient civilisation, the approach is philosophical. People ask questions, analyse, and come to certain conclusions. In Latin America, there is a deep devotion to something they find value in. However, these are superficial differences. At the core, everybody is united by their search for the truth.”