‘My dream is to design and create my own board game'

City Express has a chat with Deepika Arun, founder of Jhoola, an activity centre for kids, who can probably lay claim to the title of best board gamer ever! She has more than 50 board games in her collection, and wants to revive the culture among Gen Y

KOCHI: Do you think there’s no greater board gamer than you? Well Deepika Arun, the founder of Jhoola (an activity centre for kids) would love to prove you wrong...and how! Once you start chatting with her about games, be it traditional or contemporary, you’ll find yourself reminiscing about the ones you played as a child. She’s a proud owner of over 50 board games, and City Express rolls the dice along with Deepika to find out more about her passion. 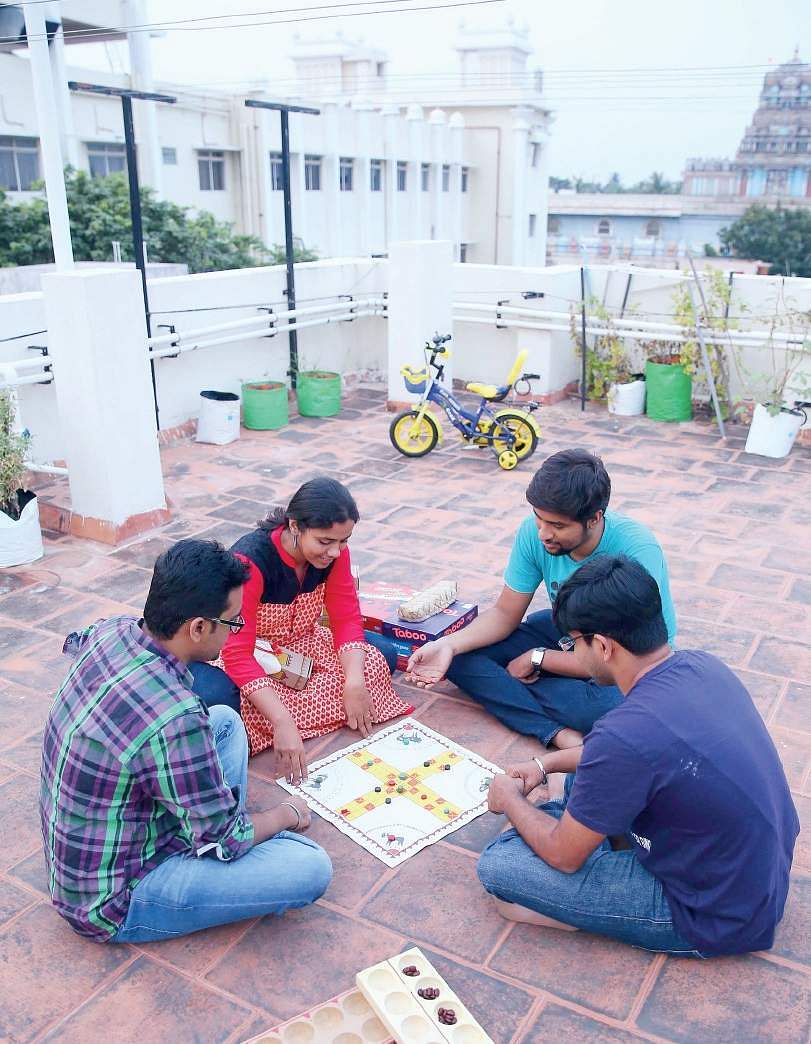 “My brother and I were introduced to board games at a very young age. It runs in the family, as my grandmother used to rock the Dayakattam game...she still does! We often play board games throughout the night!” she smiles.
With an innate interest in learning new games and exploring traditional ones, Deepika shares that playing games was a conscious decision, though collecting them wasn’t. “I never wanted to collect board games…but, since I was passionate about playing them, it became like a two-way process! I used to research about new board games and find out what’s new,” she shares, and adds that her love for traditional games is very special. “
My fondest memories are of playing Pallanguzhi, Dayakattam and a Pullikottai game (with tamarind seeds) with my grandmother.”

The Pullikottai game involved blowing the clustered seeds and picking one at a time, without touching the other. “It might sound simple, but trust me…it was tough. It’s said to enhance your motor kills,” explains Deepika, who makes it a point to teach one traditional game per day to the kids at Jhoola.
“I have over 20 traditional games — all from Kreeda — and the children enjoy playing them. Every game has a skill that can be honed while playing — be it motor skills, mathematics, orlearning to be patient and so on!” she elaborates.

Her trove of games consists of Aadu Puliyaatam, Ashta Chamma, Kattam Vilayattu, Pallanguzhi, Kallaney Bellaney and Chaupad. “Aadu Puliyattam is a game that requires 150% concentration, while Dhayakattam requires patience. Unfortunately, most people have attention span of a gnat, thanks to gadgets... they don’t even finish the game! They just want to get it done in a round or two,” she sighs.
A lover of mythology and the famous Age of Empires game, Deepika picks up a board game known as Samrat. “People who know me gift me board games that are very new/different. This game was given to me by my brother. I used to love Age of Empires, and he gave it to me as the concept is the same — to build an empire, wage battles with other kingdoms and so on,” she grins.

The first modern board game she owned was Trade/Business (an Indianised version of Monopoly), after which Scotland Yard, Monopoly, Taboo, Scattegories, Pictureka and Pictionary became some of the recurring favourites in her games list. “Even if there aren’t people to play, I buy the games and play with my husband and mother-in-law, after putting my daughter to sleep!” she laughs. “Recently, we even organsied game nights at my place and invited friends and friends of friends.”
So, what’s Deepika’s dream game? “I don’t have a dream game, but my dream is to design and create my own board game. It will mostly be in the mythology genre. It’s a long term goal…let’s see how it turns out!” she adds.