When children reach Class IX or X, too many parents prevent them from practising an art form, citing the need to concentrate on their studies. Dancer Priya Manoj is trying to change mindsets

KOCHI: One day, when she was in Class 10, Priya Manoj was getting ready to go for her dance classes at Tavanur village in Malappuram district. But suddenly, her father KU Gangadharan came into the room and said she could no longer do so. Priya looked shocked. “You are in Class 10,” said Gangadharan, a teacher. “It is time to concentrate on your studies and do well in the exams.” For Priya, dance was her life. She began learning it when she was only six years old. 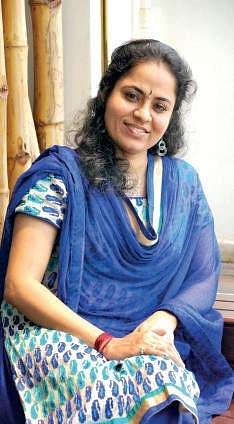 Not surprisingly, Priya began crying. She begged her father but he did not relent. But Priya never gave up on her dream. While doing her MA and B. Ed,she did training under many gurus, including Padma Shri Kshemavathy and Kalakshetra Haripadman. Seeing her commitment, thereafter, her parents offered an unstinted support.

Later, Priya got married and moved to Abu Dhabi in September, 2002. But thanks to her husband’s encouragement, she began dancing again and teaching various art forms like Bharatanatyam and Mohiniyattom to students at the Model Indian School. She also teaches at the Indian Social and Culture Centre, Kerala Social Centre and Malayalee Samajam.But, inevitably, she would come across parents who would insist that their children stop dancing when they reached Class 9 or 10. Priya felt a natural empathy for the students since she had gone through a similar experience.  “When you block children, their confidence gets shattered,” she says.

So, Priya decided to counsel parents. “They have a belief that if a child does dance or arts or sports, their performance in academics goes down,” says Priya. “But this is a wrong conclusion. On the other hand, these children tend to do much better if they are practising an art form. Their right brain, which consists of creativity and original thinking, becomes activated, apart from the logical left brain, which grows through studies. So this leads to an overall development.” There are other benefits, too. “Children learn to bond with their peer group,” she says. “They feel mentally happy after doing physical exertion. In fact, one girl told me that after a session, she is eager to go back to her studies.”

So, Priya has begun orientation classes for parents. “I talk to them regarding the importance of art and hobbies,” says the dancer, while on a recent visit to Kochi. Priya had just done a solo Bharatanatyam performance on Lord Krishna at Guruvayur, even as she prepares a Mohinyattom performance on the same subject.

Meanwhile, apart from youngsters, Priya is also teaching women, from the early twenties till 45 years of age. Interestingly, the timing is from 8 to 9.30 p.m., so that the women can finish their household chores and then come. “All are married, but they feel a bit empty since they are unable to express themselves,” says Priya. “Dance is one of the best platforms to express yourself. They forget all their worries for one-and-a-half hours.”

And some have been transformed. There was a lady who suffered from an inferiority complex because of her weight. Priya encouraged her to take up dancing. And she began tentatively. Recently, she told Priya, “My husband tells me to dance all the time because he has not seen me so active in so many years.”
Meanwhile, other talented women have been able to put up public performances.  So, in her own way, Priya is trying to transform lives, both among the young and the middle-aged, through the medium of dance. “This is my way of doing something for society,” she says.