In love with stories

The students of St Mary’s Higher Secondary School, Pattom have brought out a collection of short stories

KOCHI: For those who feel that love for literature cannot be nurtured in the midst of hectic academic schedules, these bunch of students have proved otherwise. Showcasing their creative side, students of St Mary’s Higher Secondary School, Pattom have come up with a collection of short stories. The literary work titled ‘Dalamarmarangal’ has been written by 28 students of class VII.

According to Saga Thomson, class teacher and event coordinator, ‘Dalamarmarangal’ was the product of a newfound love for reading among the students. “Recently, the school had initiated activities for setting up class libraries, and as part of this, a few of the students had come up with a book ‘Kannikoythu’, which was a compilation of book reviews done by 17 students. After this activity, the children became more engrossed in reading, and felt confident that they could express their creativity through writing,” he said. 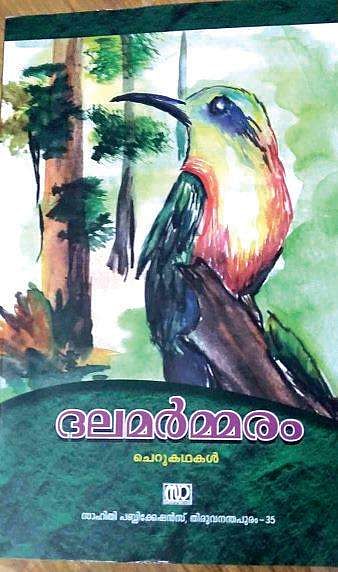 The illustrations and wordings for the 67-page-long book, published by the literary forum Sahithy, were done exclusively by the students. The student writers held a meeting recently on the premises, after which the idea was initiated, says Binny Joseph, director of Sahithy.

The event was inaugurated by city sub-collector Divya S Iyer, who encouraged the students to come up with such an initiative. The workshop held for the students paved the outline for the project, states Saga. “The sub-collector interacted with the students, and before leaving, advised the children that they should try to bring out more books. It was after this that the idea was born,” states the teacher.

Speaking about the book and it’s contents, Saga says, “In fact, we had planned to release the book on the eve of Children’s Day, though it did not work out.”  The school comes up with unique activities often. The school had recently inaugurated a Rose garden on its premises during the occasion of Children’s Day, tended to by a bunch of students and teachers named Rose. The book will be released on Monday by school principal CC John. School headmistress Asha Annie George will receive the first copy.

Sub-collector Divya S Iyer interacted with the students, and before leaving, advised the children that they should try to bring out more books