KOCHI: It was bharatanatyam and mohiniyattam that brought her into the realm of performing arts, but odissi kept her rooted to it. Malaysia-based artist Sandhya Manoj has given numerous performances around the world and has performed ‘Katha-The Story of Kaikeyi and Gandhari’ in the city on Wednesday. The danseuse is in the capital as part of a five-day-long workshop ‘Navarasa Through Yoga and Odissi’ organised as part of the Soorya Fest 2017.

Sandhya says dance and yoga are two sides of the same coin. She reflects the same concept through her dance, combining the essence of both. “By the essence of yoga, I don’t mean it in a ritualistic aspect. For me, it is a way of life. It is about understanding and living every moment and emotion, which I bring out through dance.” The five-day-long workshop which is being held at Ganesham, Thycaud, is also devoted to not just yoga or dance, says the artist. While it was placing the essence of both together which appealed her, it was the balance of lasya and nrithya which drew the Malayali performer towards Odissi. “I felt a perfect balance between both elements, along with a depth of abhinaya in Odissi, which I felt more attuned to,” she said. 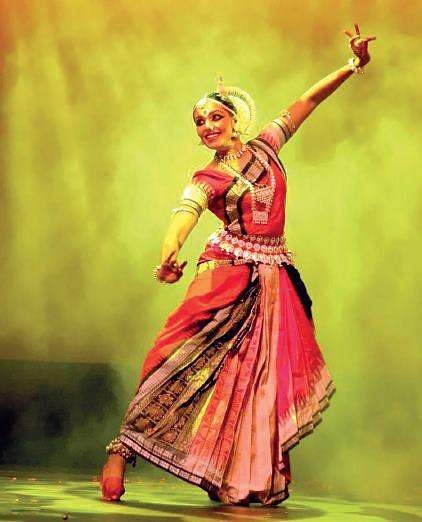 Sandhya, who had been settled in Malaysia for the past 18 years, started learning Odissi in the Temple of Fine Arts at Kuala Lampur. The artist who started training under Geetha Sankaran, later practised the dance form under Durga Charan Ranbir and Ratikant Mohapatra. She recently started conceptualising and choreographing her performances.

Her latest show was an attempt to shed an insight into the untold story of Kaikeyi and Gandhari, two major figures in the epics Mahabharata and Ramayana. According to her, ‘Katha’ attempts to throw a different light on the mythological characters.

Sandhya says the  two women have always been typecast with Kaikeyi given a negative shade. “If a woman comes across as stronger than a man, or carries herself beautifully and is very energetic, she is typecast as arrogant. Similarly, a woman who looks and behaves meek may not necessarily be meek. This is what the ‘Katha’ drew light on.”

The artist says it is wrong to stereotype. “Gandhari is considered to be someone who always stood for Dharma, but rather than guiding her husband and being his eyes, she chose to bind her eyes. Similarly, Kaikeyi who is brought up to be a strong woman, is just asking her man to keep his word rather than being jealous.”