KOCHI: When Punyalan Private Limited hit the screens last month, Joy Thakkolkaran’s uniquely designed kurtas also managed to grab attention. Malayali youth, irrespective of age and social status, eagerly lapped up the one side loop pattern worn by the protagonist. And, according to Saritha Jayasurya, who is the brain behind the famous Punyalan kurtas, the style is being mostly imbibed by the young bridegrooms-to-be. 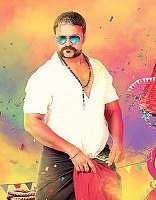 “The response to the trend has come as a huge surprise. Though I knew, we were opting for a slightly altered style in kurta, I never thought it will end up having such a fan following,” says Saritha. She says most of the orders are from young grooms who want their kurtas to be fashioned exactly the same way, in various shades.

“In the movie, we used linen. There are people who want the exact linen kurtas. But the bridegrooms mostly opt for the silk variety. We let them choose the colours they prefer and cater to their style needs,” says Saritha who has been receiving unexpected calls from different parts of the globe placing orders for these kurtas.

This is not the first time Saritha’s costume design for her husband is making the news. “I had designed Jayasurya’s black kurta-red mundu look in Punyalan Agarbathis four years ago. Since it was a hit, both the director Ranjith Sankar and Jayasurya wanted me to design the costume for the sequel too. Unlike Joy Thakkolkaran’s earlier look, Ranjith wanted Joy to spot a more colourful and quirky style this time, which is why I tried out the one side loop pattern,” adds Saritha, who also designed the loose kurta and budha print style for her husband in Pretham which also became a trend.

The latest to trend, is the black and red mundu pattern worn by Jayasurya in the upcoming Midhun Manuel’s film Aadu 2 which will hit the theatres during Christmas. “The trailer was released the other day. Jayasurya spots a different style of mundu, which is complementary to his character. I have already received quite a handful orders for such this custom-made mundu,” adds Saritha.

According to Pranaah founder and fashion designer Poornima Indrajith, men have become more confident and are experimenting with styles. “They have also opened up to the fact that they can be quirky in their own way,” she says. She adds more and more people are accepting the new styles that are flooding the men’s clothing segment. “People are no longer raising eyebrows. They know what is in vogue thanks to the social media. People now don’t need to be in a certain place to know what the fashion around the world is. It is there, right in front of their eyes,” says Poornima, who does limited designs for men.