The first memorial award in the name of the late CPI leader and freedom fighter S Sivasankara Pillai, for an ideal politician, will be presented to veteran CPM leader V S Achuthanandan.

KOCHI: The first memorial award in the name of the late CPI leader and freedom fighter S Sivasankara Pillai, for an ideal politician, will be presented to veteran CPM leader V S Achuthanandan. 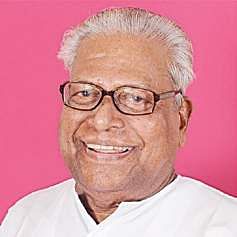 Members of the Sivasankara Pillai Memorial Charitable Trust, the organiser of the award, told media persons on Saturday CPI leader Pannyan Ravindran will hand over the award at a function to be held in P K V Memorial Hall in Perumbavoor on December 17.

Ravindran, who is also a jury member of the award committee said VS is the right person to get this award and his name was unanimously selected. Other jury members are K Aravindakshan and George K Isaac. The trust has also decided to honour various persons who have excelled in their respective field of work in the coming years .

S Sivasankara Pillai Charitable Trust was formed to organise charitable activities, honour distinguished personalities and encourage the young generation in various fields of art and social work. The function will be held in commemoration with the first death anniversary of Sivasankara Pillai. Different programmes are also planned along with the award distribution ceremony.