An aesthetic treat  of Carnatic music

KOCHI: Music lovers in the city are in for an aesthetic treat with a carnatic music concert to be held soon on December 27. The evening will feature a performance by Sangeetha Kalanidhi Padma Bhushan T V Sankaranarayanan, at an event organised by Kairali Sloka Rangam at Bhajanappura palace at Fort.
The musician will be accompanied by Aavaneeshwaram Vinu on the violin and , Kadakkavoor G S Rajesh Nath on the Mridungam and Kottayam Unnikrishnan on the Ghatam. The hour long concert will be a precursor to a book release which will be held the following day. 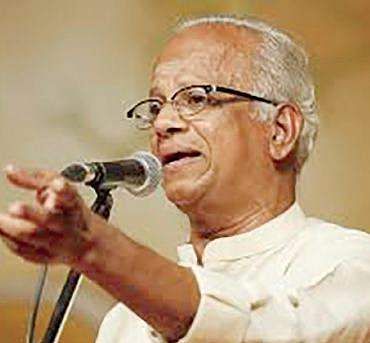 A digital preview of the book ‘Akkitham-a pictorial autobiography’ by Atmaraman will be held at the venue on December 28, along with the release of his two other books. Sugathakumari, Vishnunarayanan Namboodhiri, S Sridevi, Prema Jayakumar, E Santhosh Kumar and M M Sajindran will be present on the occasion.

A musician known popularly for his unique style of music, is also known for easily reaching upper notes. The South Indian classical singer has also been awarded Padma Bhushan - the third highest civilian honour in the country, for his contributions in music. Besides the Madras Music Academy’s Sangeetha Kalanidhi, he has won a number of other honours.