The Kerala High Court has upheld the decision of the St Thomas Central School, expelling and suspending the students for hugging in the school and uploading their photos on Instagram.

KOCHI: The Kerala High Court has upheld the decision of the St Thomas Central School, expelling and suspending the students for hugging in the school and uploading their photos on Instagram.

The single judge observed, “I find various photographs were posted on Instagram in various compromising positions and if it had the effect of publicity, the issue definitely hampers the reputation of the school. There can be no doubt such incidents can disturb parents and students of the school and even the public at large.” 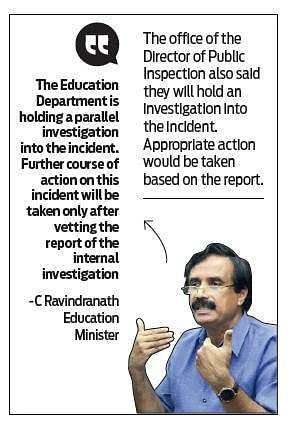 The court issued the order on the petition filed by school principal Sebastian T Joseph, seeking to quash the directive of the Kerala State Commission for Protection of Child Rights to allow the Class XII student to continue his studies. However, the court declined to interfere with the school’s disciplinary action.

The father of the boy submitted that during the school arts festival, the boy, out of sheer humility and respect, gave a congratulatory hug to the girl who is his friend, after being immensely impressed by her recital of a song. There was no evil intention or any other design on his part, apart from congratulating her.

The school authorities are of the view the Instagram pictures were of an obscene nature, and hence he cannot be permitted to continue at the school. The father of the boy submitted in reply the photos posted on social media were taken at a birthday party of both the students, which again was absolutely private, and further not visited with any bad intentions or motives. There was nothing immoral in the pictures as alleged by the principal, the father of the boy submitted.

The court made it clear its order will not stand in the way of the school authorities re-considering the issue, bearing in mind, the boy is a Plus Two student and particularly, he is to sit the board examination in March-April.

BOX
The report submitted by a teacher who had witnessed the incident, stated she was shocked to see the incident and she had not experienced any such public display of affection

Now we are on Telegram too. Follow us for updates
TAGS
Kerala High Court girl-boy hugging in school St Thomas Central School