Death and its many hues

KOCHI: Life is a journey, the experience of which is relived again through memories and nostalgia. ‘Pattoor Palliyude Valavu Tiriyumbol’ is a voyage through these memories. However, rather than the joyful memories of life, author and political activist K Vinodsen prefers to speak about death- ‘the ultimate truth’, and ‘the wisdom brought forth by an unexpected loss’. The book was released on Friday at the YMCA hall at 4 pm in the city. Speaking more about his first book, the general secretary of District Congress Committee, said, “The book, which has 21 chapters with around 235 pages, recalls memories connected with people I have associated with and their death. However this is not a tribute , rather a bunch of memoirs. It is about the lessons learnt from the deaths I have encountered. We are given a short time in this world, during which we may become indebted to many, through their actions.

We may think of repaying it later, and at a point realise it has become too late. I have also tried to mention throughout the book that there is no need of being scared of death, which is something very simple. I believe that one should make themselves useful during their short time in this world.”

Through the work, Vinod reflects on the memories of 21 personalities who have impacted him, especially through their deaths. Perhaps, one of the most impactful among all his memoirs is the one connected with Babukuttan or N R Babu, a student leader he had associated with, who rests at Pattoor Church, the inspiration behind the title of the book. Remembering instances from Vinod’s life, he says that there was always a tendency to look back whenever he passed through the place.

“It was on a rainy night that he was laid to rest in the church. On that night in Pattoor church, while returning drenched in rain, I made up my mind that everything in the past should be written down without going in vain”, said the author.From memories of his departed family members to other impactful political leaders he has associated with, including E M S Namboodiripad and K Karunakaran, Vinod’s book is a trip down memory lane. Remembering his cousin brother Mohanlal Sen in one of his chapters, he says, “Unmarried, he was an alcoholic as well as a devotee. 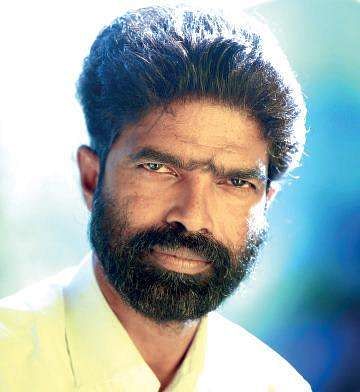 During my LLB, my routine was to go to his place during the morning, where I would read newspapers and chat with him, before leaving for playing shuttle. On that particular day, I saw him in his usual rocking chair with a newspaper in hand. Realising that he was not responding to me, I felt frustrated and walked away after throwing away the paper from his hands. It was a while later that I got to know that he had passed away a few hours back and I was infact speaking to a dead body.

A person who lost his eyesight at 49, he never wanted anyone’s sympathy. Just like his life, his death taught me a lot of things. Sometimes we react aggressively unnecessarily without any understanding.”Shashi Taroor MP released the book by presenting the first copy to noted Malayalam author Perumbadavam Sreedharan. The book is distributed by Swadeshabhimani books.