In retrospect, the year was eventful for the state in every sense of the word. From movers and shakers and Titans who fell from grace to celebs who courted controversy, it had a fair share of show ste

Pinarayi Vijayan
Despite continuing his policy of minimal interaction with the media, the Chief Minister hogged the limelight in relation to almost all major news in the state. Be it political manoeuvres, bureaucratic shakeups or cinematic twists, the ball kept falling into Pinarayi’s court.

A K Saseendran
Political prowess gained over a period of more than 50 years couldn’t save him from the disgrace of being dragged into a honeytrap laid by a television channel for its roaring launch.  He resigned on March 26, with almost 50 days left to complete a year in his first term as Transport Minister. 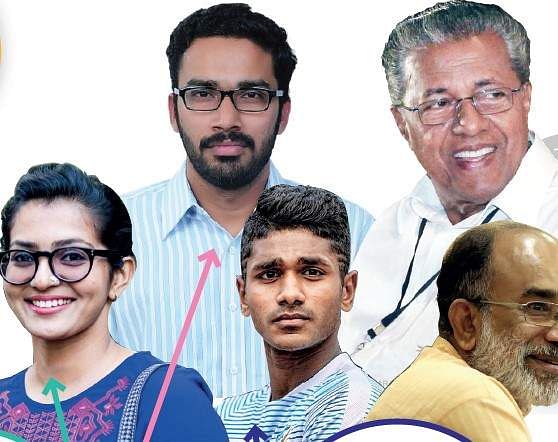 loknath Behera
Came back as police chief after vacating the post when Senkumar returned. His eventful second term saw decisions taken for the welfare and modernisation of the force. While his efforts overseeing the Jisha murder case gained praise, he was criticised for the way he handled the protest of Mahija, Jishnu Pranoy’s mother. He continues to head Vigilance too.

K P Rahul
The first Malayali to play in a football world cup, being part of the Indian team that played in the FIFA U-17 World Cup. The 17-year old missed out narrowly on becoming India’s first ever world cup goalscorer as his stunning left foot volley struck the bar against Columbia. But the image lingers.

Alphons Kannanthanam
As a bureaucrat, he had many credits to his name. In his 11-year-old political career, he shocked many with his entry as well as exit from the Left. During the six-years with the BJP, he became a Union Minister of State with independent charge of tourism, again sending shock waves down a section of his own partymen.

Parvathy
The first Malayalam actress to win the best actress award in IFFI kicked up a storm by flaying the misogyny of a character played by Mammootty. She was bullied by the superstar’s fans and her fitting reply to director Jude Anthony - who equated her to a circus monkey - was applauded by social media activists.

Sriram Venkitaraman
Devikulam Sub-collector Sriram Venkitaraman, who was at the centre of a dispute between CPI(M) and CPI leaderships over the eviction of encroachments in Munnar, has been shunted out of the Revenue Department. The state Cabinet promoted him and posted him as director, Employment and Training. By itself, that says a lot.

T P Senkumar
T P Senkumar getting reinstated as DGP on May 6 made history with far-reaching implications for government and law enforcement agencies. Ousted by the LDF Government on May 30, 2016, citing dissatisfaction after the Puttingal fire tragedy, his fight for justice bore fruit with the Supreme Court ruling in his favour.

T V Anupama
Within weeks of her appointment as the District Collector of Alappuzha, she created ripples in the political spectrum with a report on the alleged land encroachment by Transport Minister Thomas Chandy, in violation of the Kerala Paddy and Wetland Act, leading to the latter’s resignation after much drama. 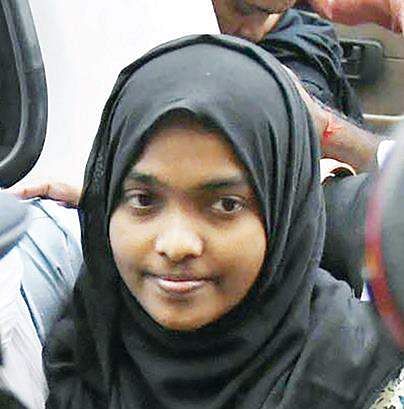 Kanam Rajendran
The CPI state secretary has been the real Opposition Leader, albeit from within the Left. His determined stance and constant reminders, on issues ranging from the Law Academy strike to the Thomas Chandy row, won him both bouquets and brickbats. CPI ministers boycotting a cabinet meet proved the ultimate showstopper. Despite a constant CPM - CPI tussle over a slew of issues, Kanam successfully retained the real Left image.

Thomas Chandy
The NRK politician hardly wasted a moment to step into the most prestigious position in his life following the resignation of his party colleague and was sworn in as Transport Minister on April 1. However, his term ended abruptly as he resigned on November 15 for alleged land law violations and encroachment on backwaters in Alappuzha.

Jacob Thomas
Maverick officer DGP Jacob Thomas has been in the news for triggering controversies, posturing himself as an anti-corruption crusader. He fell out with his mentor Chief Minister Pinarayi Vijayan after an open outburst following his ouster as Vigilance director. His criticism of the government handling Ockhi disaster led to his suspension.

Sanal Kumar Sasidharan
His third film kicked up a storm with its title. The team dropped three letters from the title to make it ‘S Durga’. However, the Censor Board withdrew its censor certificate and the I&B Ministry dropped it from IFFI. IFFK too politely expressed its inability to screen the film. 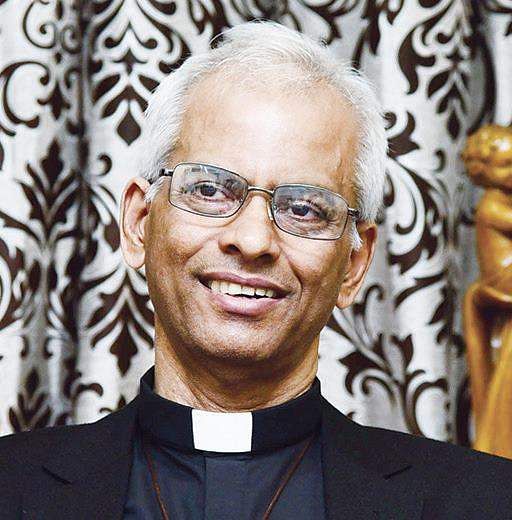 Akhila alias Hadiya
Akhila alias Hadiya had embraced Islam much before marrying Shefin Jahan. Her father K M Asokan’s fight for her custody triggered unprecedented events. Jahan and supporters were jolted when the Apex court ordered an NIA investigation. On November 27, the court told her to complete her Homoeo studies at Salem.

Yadu Krishna
When the 22-year-old priest opened the doors of the sanctum sanctorum of Valanjavattam Mahadeva temple in Pathanamthitta district, the son of two daily-wage workers was heralding a new chapter as the first Dalit priest appointed by the Travancore Devaswom Board under the new reservation policy of the state.

Elias George
After a five-year tenure which helped realise Kochi Metro, Elias George announced his decision to step down as the Managing Director of Kochi Metro
Rail Ltd. The 1982-batch IAS officer served as the KMRL chief since 2012, taking over the reins
from Tom Jose.

Surabhi Lakshmi
She was hardly noticed until she brought the National Award for best actress to Malayalam after 13 years. The actor who became popular through a sitcom courted  controversy when she was not invited by IFFK. Surabhi also made it clear she was not accepted by WCC.]

P U Chitra
Having won 1,500 m gold in the Asian Athletics Championship, she was omitted in the World Championships squad. She took legal recourse, with High Court asking Athletics Federation of India to include her. By then, it was too late. But she had the last laugh, emerging winner in the Asian Indoor Games as well.

Fr Tom Uzhunnalil
The release of the Catholic priest from the captivity of Yemeni militants after one and a half years elated the nation. However, the controversies about who orchestrated the release and the words of Fr Tom praising the kidnappers took the sheen out of the glorious moment. 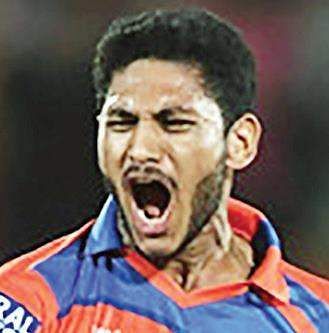 Nalini Netto
Chief Minister Pinarayi’s favourite bureaucrat, Nalini Netto returned to a more powerful post as the CM’s Chief Principal Secretary. Serving as Home Secretary and later as Chief Secretary, her tussle with former state police chief  T P Senkumar had created headlines. She is one of the key power centres in the CMO.

Basil Thampi
Named in the national T20 squad against Sri Lanka, the 24-year-old fast bowler grabbed national attention with spirited displays in the domestic circuit. He claimed the IPL’s Emerging Player Award while playing for Gujarat Lions before playing a prominent role in helping Kerala reach the Ranji Trophy quarterfinals for the first time. 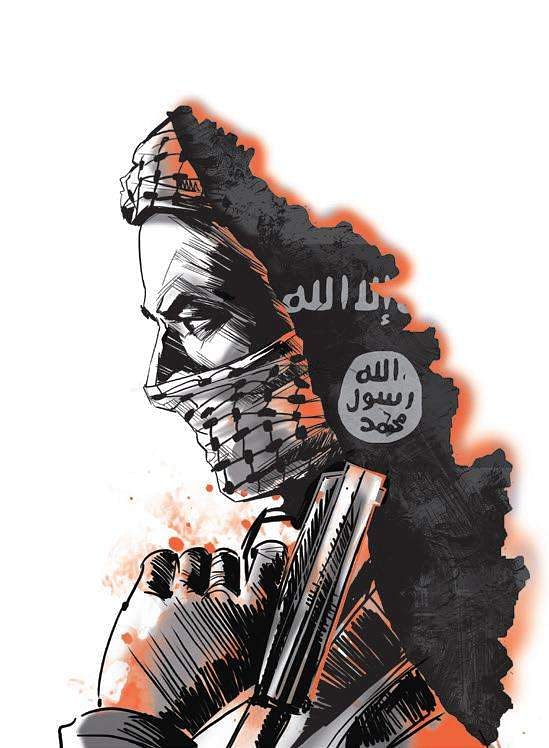 The Actor
Despite undergoing a traumatic experience, she was bold enough to speak up about the midnight of February 17-18  that divided Mollywood. The assault on the actress opened a Pandora’s box and the Women Collective in Cinema - a first of its kind women’s fraternity in cinema - was born.

Dileep
With the needle of suspicion turned to him after his former wife Manju Warrier demanded the arrest of everyone involved in the ‘conspiracy’ behind the actress assault, ‘Janapriya Nayakan’ became the villain. The 13-hour grilling, the arrest, 85 days in jail and the release of his film all were minute-by-minute updations.

Jishnu Pranoy and Mahija
“Unfortunate incidents took place in front of the DGP’s office. Understand the sentiments of Jishnu’s mother. All possible legal initiatives were taken,” said the CM after the police cleared off Mahija. Her son’s body was found at the Nehru College of Engineering in mysterious circumstances.

Kanakamala
The NIA arrested six persons at Kanakamala for allegedly conspiring to commit terrorist acts across southern India for ‘Ansar ul-Khalifa’. Inspired by IS, they were collecting explosives. Five of them were arrested during a meeting on the hilltop while the sixth was detained at Kuttiyadi in Kozhikode district.

Jimikki Kammal
Anil Panachooran penned the song for ‘Velipadinte Pusthakam’ after a few lines were hummed by college students. Shan Rahman’s tune oozed magic and it went viral transcending language barriers. Videos of youth jiving to one of the most popular Mollywood songs in recent years flooded the Internet.