A wagon full of hopes for Kerala passengers ahead of Budget

KOCHI: The railway passengers have high expectations and are hoping for major announcements like the development of Ernakulam Junction and Town railway stations in the Union Budget.
One of the major issues faced by Ernakulam South Station, which is an A1 category station, is rail traffic congestion due to increase in the number of trains. A senior railway officer said that the capacity of the station to handle multiple trains at a time has surpassed its limit. 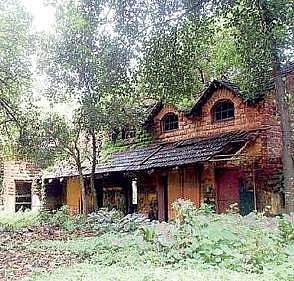 “At present there are no alternative measures in place to handle the situation. During peak hours, trains have to be stopped at the outer area. We expect the budget to set aside funds to develop the station as a major coaching terminal with maintenance facilities,” officer said.
At present the tracks at the station cater to passenger trains. Once a new terminal is constructed, the issue can be resolved.

Kochiites are also expecting an announcement regarding the development of the Old Railway Station and Cochin Harbour Terminus Railway Station. The two can easily become terminal stations for a few trains and this would in turn serve to decongest the main stations.
Renovation and revival of the Old Railway Station behind the High Court of Kerala is a long pending demand. Senior officers said clearing encroachments from the premises is a major issue. One which has to be sorted out by the state government.

State Chief Secretary S M Vijayanand said the state government submitted a proposal for the development of the Old Railways Station to the Railway Minister.

Implementation of Angamali-Erumely Sabari rail line is also not yet complete. The project sanctioned in 1997-98 has been moving at a snail’s pace since its inception. The estimate of the 120-km proposed railway line, which was Rs 550 crore in 2005 and has gone up to Rs 1,566 crore as per the revised estimate submitted in 2011.
The passengers also flayed the Railways for not developing Ernakulam Junction station into a world-class one, despite various promises made in several budgets. Passengers’ associations expressed hope that the Union Government will rectify this in the budget which will be presented on Wednesday.