CMFRI, which will be celebrating its platinum jubilee, has become a pioneering fisheries research institute not only in the country but also the world

KOCHI: Central Marine Fisheries Research Institute (CMFRI), one of the major fisheries research organisations in the world, is getting ready to celebrate its Platinum Jubilee.
Established as Marine Fisheries Research Station in Chennai few months before independence, the institute became a part of the Indian Council for Agricultural Research, (ICAR) in 1967.
The institute was relocated to Kochi in 1971. Since then it has been doing pioneering research in marine fisheries with an aim to utilise the resources effectively in a sustained manner.

The institute, which has become a premier research and development body in marine fisheries, today has 11 regional research centres. They are located at Mandapam Camp, Visakhapatnam, Veraval, Mumbai, Chennai, Calicut, Karwar, Tuticorin, Vizhinjam, Mangalore and Digha, in addition to fifteen field centres throughout the coastal belts of the country and one KVK at Narakkal, Ernakulam. 154 scientists and over 600 other staff work in as many as 10 research divisions in CMFRI.

Over the past seven decades the institute has grown significantly in size and stature emerging as a leading tropical marine fisheries research centre in the world. Its unparalleled research acumen has helped in boosting marine fish production. It has boosted the livelihood of 40 lakh fisherfolk in the country. 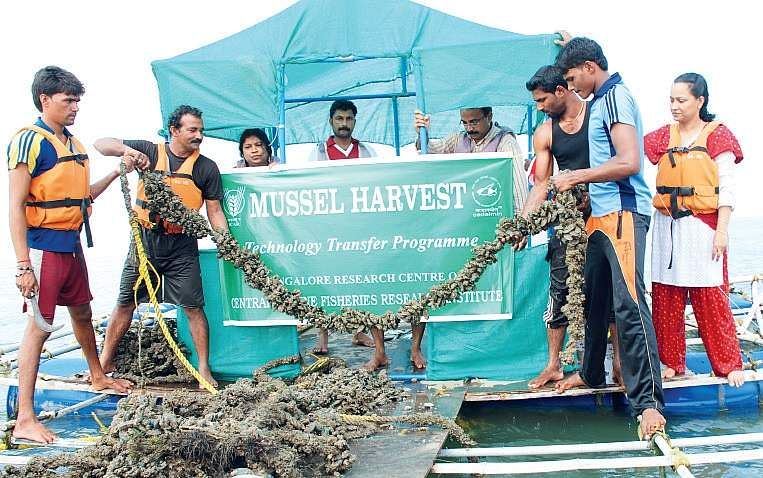 CMFRI has partnered with various universities in the country and provides research facility for their students. Around 100 students from various universities are at present doing their PhD here. The institute also maintains database of research papers and journals (http//eprints.cmfri.org.in). The website stands third after the IITs and IISc in the number of hits. The website is an open source repository which can be accessed by students and researchers anywhere in the world.

The Agriculture Technology Information Centre (ATIC) at CMFRI serves as single window delivery system between pisciculturists, fishermen and entrepreneurs with the scientists here. ATIC also organises meets for pisciculturists, exhibitions and various other associated activities. The aquaria and biodiversity museums set up by it attracts thousands of visitors annually.

The institutes efforts to promote cage culture has netted success. The 2016 Pandit Deen Dayal Upadhyaya Antyodhyay Krishi Puruskar was won by two farmers who had adopted CMFRI techniques. The latest among the various technologies developed by the centre is the ‘fishfinder’, a mobile app that will help in identifying fish.

CMFRI offers consultancy services to various government and private agencies on matters related to fishery resources and marine environment. CMFRI has also introduced a menu card for restaurants operating under the ITC group. The ‘choose wisely’ menu card has seafood listed in different categories, namely, endangered, abundant, healthy. A customer can abstain from ordering a dish prepared using an endangered species. This in turn helps to decrease demand for it in the market.