Traditional fishermen have demanded extension of the trawling ban period to 90 days and inclusion of their ‘right to sea’ in the revised Kerala Marine Fisheries Regulation Act (KMFRA). The demands wer

THIRUVANANTHAPURAM: Traditional fishermen have demanded extension of the trawling ban period to 90 days and inclusion of their ‘right to sea’ in the revised Kerala Marine Fisheries Regulation Act (KMFRA). The demands were raised at a one-day workshop organised by the State Fisheries Resource Management Society (FIRMA) here on Tuesday. The workshop was attended by the different stakeholders in the sector. 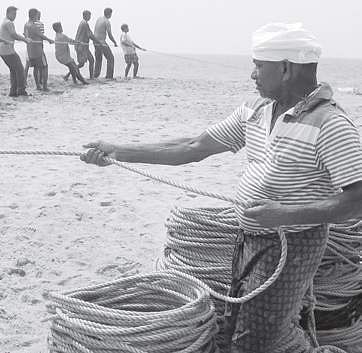 Extension of the trawling ban period, a long-standing demand by traditional fishermen, is being reasserted against the backdrop of the dwindling fish catch in recent months.  Demanding inclusion of the exclusive ‘right to sea’, Traditional Fishermen Samithi state president Janardanan said entities operating with commercial interest alone should be restricted using law. Fishermen representatives also urged that the new Act should differentiate between ‘fishing for livelihood’ and ‘commercial fishing.’

“Considering the fact that the original Act was passed in 1980, changes that occurred over the past 36 years in the sector should be taken into account while forming new laws,” they said.
“A lot of things changed in the fisheries sector in the last few decades, including fishing practices and the equipment used. Unlike in 1980, a much as 98 per cent of the fishing boats are now mechanised. The Act should also consider international treaties/regulations, the climate change and business trends that impact the sector,” said Trade Union Centre of India (TUCI) president Charles George.

The fishers, meanwhile, alleged apathy on the part of the Fisheries Department in enforcing the existing laws, and demanded more stringent regulation of fishing practices. The other demands are a complete ban on ‘night fishing’ and ‘light fishing,’ standardisation of fishing gear and certification of the quality of fish. The meeting, presided over by FIRMA executive director S Sahadevan, was attended by CMFRI expert committee members Dr Sunil Muhammad and and Dr Leela Edwin.