A tribute to Laurie Baker- the doyen of sustainable architecture

The aesthetic and self-deprecating humour of architect Laurie Baker is on display in ‘Uncommon Sense: The Life and Architecture of Laurie Baker,’ a documentary at the Kochi-Muziris Biennale.

KOCHI: The aesthetic and self-deprecating humour of architect Laurie Baker is on display in ‘Uncommon Sense: The Life and Architecture of Laurie Baker,’ a documentary that was screened at the Kochi-Muziris Biennale the other day. 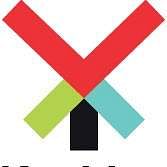 The film was screened by Laurie’s grandson Vineet Radhakrishnan at Pavilion, Fort Kochi. In a symposium organised after the screening, titled ‘Learning from Baker,’ leading architects discussed the sustainable architecture model propounded by Baker and its influence on their thought and work.

The event was jointly organised by the Kochi Biennale Foundation and the Gubbi Alliance for Sustainable Habitat, a collective of Baker-inspired architects.

“My grandfather’s buildings, such as the Indian Coffee House in Thiruvananthapuram, have several tales to tell. While finding Laurie Baker buildings in Indian cities was a sort of treasure hunt, there were stories to discover about how he had endeared himself to the people he built homes for,”  said Vineet, who spent nearly four years to make the 107-minute film.

Besides sourcing archival footage from different sources, Vineeth also interviewed eminent architects from across the country.

“Almost every home he built had some kind of constraint - financial/terrain issues or water shortage. One can learn from him the lessons of selflessness in architectural practice, building pleasing structures cost-effectively according to site context,” said Vineeth.