The Pollution Control Board (PCB) on Friday issued closure notice to five companies functioning in the Edayar industrial area after they failed to install the primary effluent treatment plant(PETP).

KOCHI: The Pollution Control Board (PCB) on Friday issued closure notice to five companies functioning in the Edayar industrial area after they failed to install the primary effluent treatment plant(PETP). 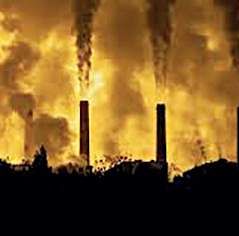 The PCB notice comes in the wake of the Supreme Court ordering the closure of all industrial/commercial/residential units functioning without PETPs by May 22.

In the wake of the Supreme Court directive, the PCB officers inspected the industrial units in Edayar on Thursday and Friday. Following this, it emerged the five units, which have since been closed down, had not installed PETP, said the order by PCB Environment Engineer Thrideep Kumar.

Meanwhile, the PCB rescinded its earlier order to close down Essar Enterprises and Ramanand Electrocoats after the two units installed the effluent treatment plants. The PCB had ordered the shutdown of three industrial units, including Essar and Ramanand, on May 23.

“The third unit- TMV Natural Oil and Extracts-  also informed us they have installed PETP. We will inspect the plant on Saturday and a final decision on whether to allow the unit to reopen will be taken,” Kumar told Express.