KOCHI: While most amateur shortfilmmakers choose social or cultural issues as subjects of work,  city-based student Navaneeth Vinod has chosen a crime thriller for his first venture.

An obvious choice for a law student, the amateur shortfilm titled ‘Nirnayam’ has recieved over 26,000 views in less than a week of it’s release on Youtube.

Not just that, the 21-year-old youngster has managed to get a popular music label muzik247 to release his first venture. 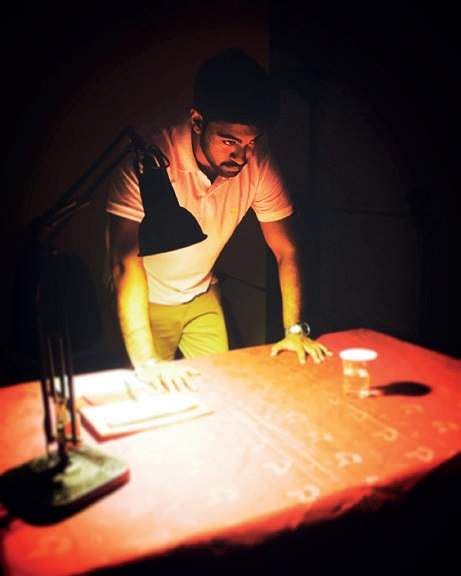 Navaneeth, who studies in Mar Gregorios Law College Nalanchira said, “In fact, I had been interested in wielding the camera for quite a long time. After I finished my venture, I approached Muzik247. They decided to be a part of it after going through the work.”

The incidents of ‘Nirnayam’, a film shot using a sony A7S2 cam, mostly takes place in the night light mode.

The story  revolves around an investigation concerning the murder of a girl. An officer is on the murder trail and he meticulously puts the dots together and zeroes in on the killer. However, the film is meant to be more than just a crime investigation thriller. It is a lesson on drug-use as the killer was on the influence of drugs.

So, why did he choose a crime thriller as his debut venture? “The film is based on a true crime which happened in Attingal. The incident and the manner in which the crime was committed shook me. I knew the victim personally too. But more than this, I wanted ‘Nirnayam’ to carry a social message,” he said.

Before Muzik247 came into the picture, ‘Nirnayam’ started out as a small film. “It was my friends and family members who invested in the film initially,” said Navaneeth.