The ‘brain’ behind the earphones

KOCHI: Kerala student Nitin Vasanth, who has developed an earphone that can sense a person’s brainwaves and register the mental state of the user, is making waves in the country and abroad. He will commercially launch his product which was recently showcased in Silicon Valley, California.

Named NeuroBuds, the product has found sponsors and partnerships in companies like Intel and Bosch. The Cochin University of Science and Technology student also received the prestigious Rajeev Circle (RC) Fellowship and an all-expense-paid ticket to Silicon Valley in May for his outstanding work. 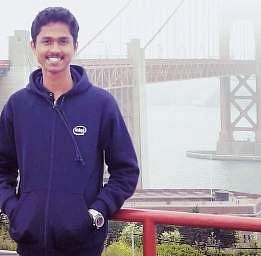 “It’s a smart earphone that tracks various biometrics like brain activity and heart rate. The data generated are used to understand the stress level of user and help them relax efficiently. At a time when majority of the working population suffers from stress-related illness, the product can work as a mental fitness wearable,” said Vasanth, who has founded NeuroTech Labs, a company based in Kochi.

The product, slated to cost almost the price of a smartwatch now available in the market, will have better accuracy and features.

Vasanth’s company was earlier part of the Intel-DST accelerator programme in Hyderabad.

“The engineering expertise and week-long business workshops there greatly helped us build our product better. We are currently partnering with Bosch as part of the Bosch DNA Accelerator in Bengaluru to take the product to the market,” he pointed out.

“The users get to analyze and keep track of their mental health like stress levels. The device is aimed to work as a personal trainer helping to meditate and relax in a much more efficient way. But the larger goal of the product is to preemptively detect and monitor brain disorders like epilepsy,” he said.

Vasanth was among the ten bright young Indians who were selected for the RC Fellowship from a host of products and devices that were displayed at the fourth edition of Maker Fest India, held in Ahmedabad earlier this year.

The fellowship was started in 2013 by Asha Jadeja Motwani, a prominent Silicon Valley venture capitalist and serial angel investor, to celebrate the legacy of her late husband Rajeev Motwani, who was an internationally acclaimed computer science professor at Stanford University and responsible for creating the research and algorithms for over a 100 startups in the valley, including Google.

Asha, who introduced the Indian variant of globally popular Maker Faire that began in California in 2006 and is now held in several cities of the US, Europe, Japan, Brazil and Africa, said she instituted the fellowship programme with an aim to radically transform the thinking of promising young entrepreneurs in the Indian sub-continent.

“The fellowship helped me develop strong ties with other leading startups and research labs in the valley. It also opened doors to a vast network of investors and VC firms besides giving me an insight into the ‘cafe culture’ and working of the valley. We got to visit the R&D labs of Google and Facebook and see some groundbreaking technologies first hand,” Vasanth said.

“But the best takeaway from the trip was the regular meetings and mentoring sessions with people working in the valley for decades building and running startups. It showed the true ethos the Valley: helping one another succeed,” he noted.

As part of the fellowship, the selected innovators attended the annual TiE Conference, the largest entrepreneur conference in the world. They also presented their products at the Maker Faire 2017, the largest maker festival in the world.