At a time when Kochiites are all prepared to welcome the Metro Rail, which will be inaugurated on Saturday, staying away from the spotlight is the Thrissur District Labour Contract Cooperative Society (TDLCCS).

KOCHI: At a time when Kochiites are all prepared to welcome the Metro Rail, which will be inaugurated on Saturday, staying away from the spotlight is the Thrissur District Labour Contract Cooperative Society (TDLCCS).

Having made a commendable task of the civil works carried out at 12 Metro stations, including three in the inaugural stretch from Aluva to Palarivattom, the society is game for more.
“Ours may be the only society that undertakes civil works for big infrastructure projects. Ever since we were assigned with the task of civil works at Kochi Metro stations in 2015, our employees have been working 24/7 without a break. No holidays even for Onam, Christmas or Diwali,” said T G Sajeev, president of TDLCCS. 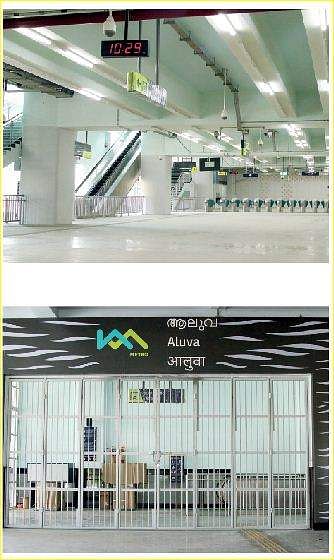 The Metro stations where the society is involved in civil works include Kalamassery, Companypady, Aluva, Jawaharlal Nehru Stadium, Lisie (both sides) and Kaloor (both sides). “We have around 1,000 workers with us from Bengal, the North East, UP and Kerala,” he said.

Sajeev said some civil works for the Kochi Metro are being executed by the Thrissur Labour Contract Society after others who were assigned with the task pulled out midway.
“Sometimes, they ask if we could execute the project within a stipulated time. So, we also enter at a crisis stage to complete the work,” he said.

The society also undertakes and executes civil construction works of public sector projects like roads, bridges and flyovers, apart from those in the private sector . When ‘Metro-man’ E Sreedharan wanted to renovate his alma-mater Chathanur LP School, with DMRC asked to construct two classrooms, the mandate for the work also fell on TDLCCS.

“We were asked to construct the classrooms within 48 hours, and we were able to complete the work within the time allotted,” said Sajeev. The society is also involved in several social welfare activities: ‘Nakshatrangale Kandethal’ (discovery of the stars) to fund students from financial weaker sections, ‘Akshayapatram’ scheme to provide food for the needy, and ‘Home for the homeless’. Under the ‘Home for the homeless’ scheme, the society built 10 houses and handed them over to the poor free of cost.