Beirut Diaries- Truth, Lies and Videos by Palestinian filmmaker Mai Masri was screened at the IDSFFK

KOCHI:Palestinian documaker Mai Masri’s ‘Beirut Diaries- Truth, Lies and Videos’ is a documentary which is relevant in contemporary times. The documentary which was released in 2006 showcases the political differences in a country which has long been in a state of unrest. The film which was screened under the ‘Filmmaker in Focus’ category at the 10th IDSFFK, documents the conditions of Lebanon, a country torn by strife. 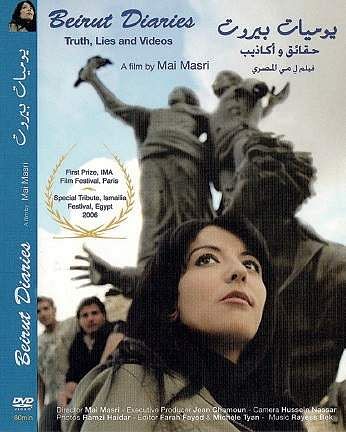 Having never been broadcast on television, ‘Beirut Diaries’, which is a little over one-hour-long, follows the situation in Lebanon after the assassination of the Prime Minister Rafiq-al-Hariri and the demonstrations that follow. The documentary narrates the tale of a 25-year-old Lebanese youngster Nadine Zeidan who joins a group of young demonstrators with a vision to end the civil war situation in the country. Nadine, who has been a witness to such a life, represents a section of confused youngsters who are forced into taking a political stance.

“‘Beirut Diaries’ was released in theatres in Lebanon at a time when there was not much dialogue on the situation. I was happy that the documentary became a platform for a conversation. I felt Nadine was a perfect choice. Though confused, she was a youngster who wanted to bring a change to the present situation in her country,” said the filmmaker who came up with the idea for ‘Beirut Diaries’ after her own harrowing experience in Beirut

The film speaks of the political differences that arose in the country after a series of assassinations of prominent people ending with Hariri. Demonstrators camped in tents at Martyr’s Square, a historic square, located in the heart of Beirut. While a group suspected Syrian involvement in the assassination, the other group supported Syria. Speaking to both pro-Syrians and Anti-Syrians, Nadine joins the protestors demanding the withdrawal of Syrian forces from the country.

Describing the effect of the demonstrations by a number of Lebanese youngsters as mere show, Masri says the revolution turned out to be fake. “There was patriotic music; the people believed that something was happening. Though the Syrians withdrew from Lebanon after the demonstrations, the Lebanese did not know they were being fooled. The revolution was fake and it was the beginning of something scary.” The documentary comes to an end, giving a brief of unrests that followed, resulting in the 2006 Lebanon war.  Camera Hussein Nassar has helmed the camera for the docufilm while Farah Fayed and Michele Tyan is the editor.