Figures emerge out of their seemingly-simple geometry, making the abstract perceptible. There is a distinctively rare visual idiom that happily indulges in monochromes and colours.

KOCHI: Figures emerge out of their seemingly-simple geometry, making the abstract perceptible. There is a distinctively rare visual idiom that happily indulges in monochromes and colours. Then, the artist points to a tree trunk that has taken root in the linoleum floor and calls it a ‘self portrait’.

As a small boy he was once asked to stand at a corner by his teacher, and Prince, this particular work, springs from that memory. Vincent Gagliardi, the French engraving artist, believes in visual expressions that blend paint, poetry and philosophy.

He has attempted a visual interpretation of the lines of Emily Dickinson, the poetess who revelled in solitude and courted death. On long pamphlets, one side is filled with her poetry and the other side his engravings. “She was quite a recluse. 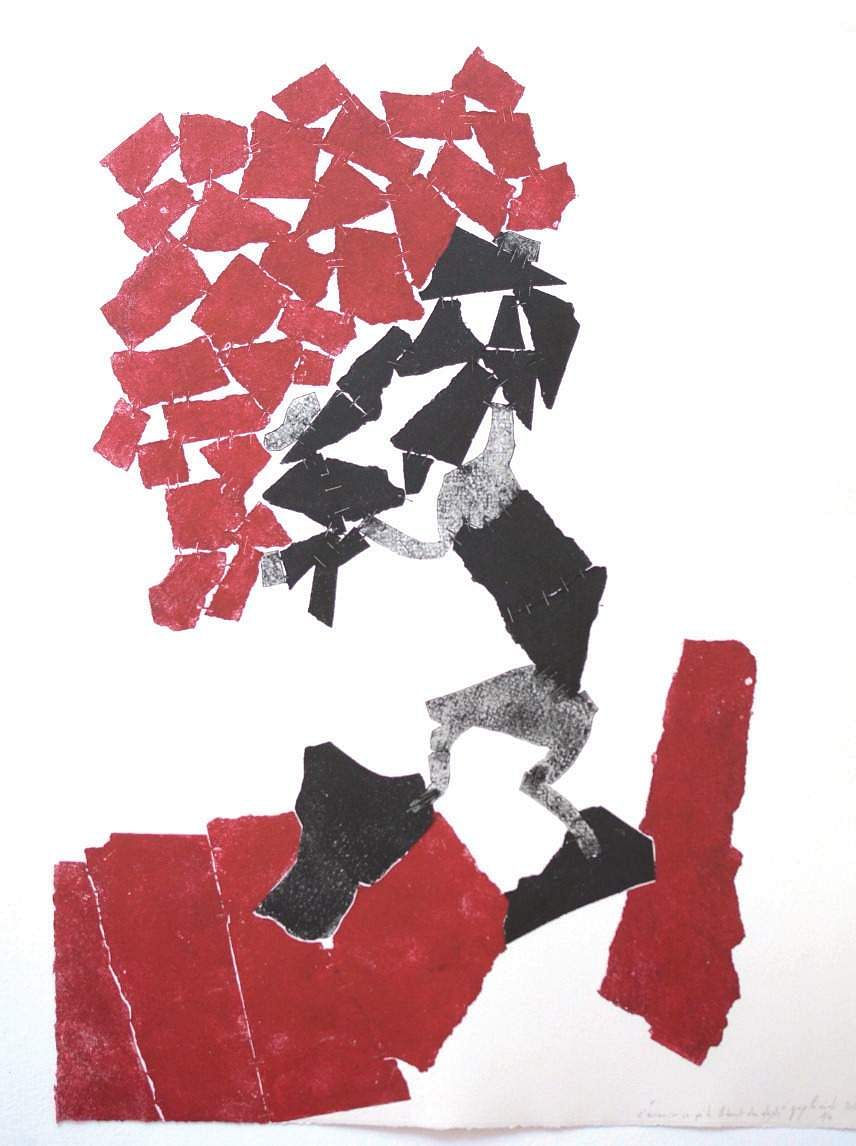 These are more like my letters addressed to her,” Vincent says as he  carefully folds and places them inside plain envelopes.

For engraving he rips off balatum, an asphalt-coated flooring material, from old houses to use as canvas. He takes out a piece that looks worn-but-vibrant from his collection and says it’s from a 19th century home. He asks you to hold it and feel the throb of life.

“It bears the memories of so many generations that it’s almost magic. When I engrave on it I add to it’s innate tenor.”

Apart from black and white, the artist celebrates red and green in his work, “red for my Italian roots and green for Mother earth. But I use non-toxic paints and unlike most engraving artists I don’t resort to acids.”

Vincent says he is obsessed with the unusual perspective and goes for representations that are striking and unexpected. There are huge black-and-white engravings of roads in New York, Barcelona and France. “Mostly people notice what’s on the road.

There can be an event, a show or a band playing, but I watch the road and later recreate it.” He points to one of his works in which the television is visualised as the ‘black hole’.“You get sucked into the audio-visual din, you are totally inert in front of it.”

Another work titled ‘Day After Tomorrow’ is an artistic take on the indefiniteness of future. “It’s an area where fear and hope embrace each other, hence the play of black and red,” he explains. Vincent’s works were on display at the gallery at Alliance Francaise.