The third edition of the Biennale, which got under way on December 12, has been billed as the best attended edition yet

KOCHI: Aesthetes have just one more week left to enjoy the beautiful installations on display at the third edition of the Kochi-Muziris Biennale (KMB). Curtains will fall on the grand art extravaganza on March 29.

The third edition of the Biennale, which got under way on December 12, has been billed as the best attended edition yet.
The footfall figures are expected to zoom in the ‘closing week’ from March 22 to 29, with an exciting line-up that features repeat performances by KMB 2016 artists, music and dance shows, innovative workshops, film screenings and lively discussions. 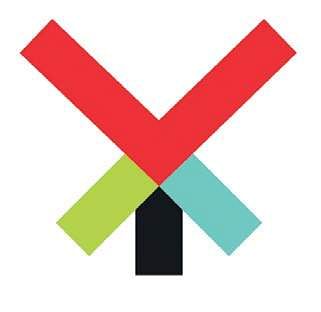 In accordance with public demand, participating artists Anamika Haksar, Padmini Chettur and Zuleikha Chaudhari will present encores. Over the Biennale’s ‘opening week’, the performances saw an average of 300 visitors in attendance daily. After an open-to-public rehearsal on Wednesday, Haksar will stage a second round of her 20-minute theatre production ‘Composition on Water’ from March 23-26 with two daily shows at 11.30 am and 3.30 pm at Aspinwall House.
Chettur will conduct two three-hour performances of Varnam at her space in David Hall on March 27 and 28 at 5 pm following a public rehearsal at 10 am on Sunday.
Returning for a third series of performance is Chaudhari’s stage drama ‘Auditioning the Plaintiff’, ‘Rehearsing the Witness: The Bhawal Court Case’.

Starting on Friday, and continuing till Monday, the production will be on offer in two two-hour instalments daily - at 10.30 am and 3.30 pm - at her space in Aspinwall House.
On March 25 and 26, musician and KMB 2016 participant artist Hanna Tuulikki will conduct a workshop titled ‘Traditional Ballad and Experimental Vocal Ensemble’, where she will share her knowledge of the ballads from the Scottish, English, and Irish traditions. She will introduce participants to aspects of her vocal practice, sharing her approach to wordless song, extended vocal expression and experimental improvisation.

A concert by fusion rock band Thaikkudam Bridge following the closing ceremony at Durbar Hall on March 29 will round up a week of musical concerts that feature a range of styles - beginning with ghazal singer Smriti Minocha crooning ‘Love Lines’ on Wednesday evening.
The hugely popular ‘Artists’ Cinema’ programme organised by the Kochi Biennale Foundation on the sidelines of the Biennale will end with a cinema package titled ‘Documentaries on Writers, Thinkers, Auteurs’.