In the wake of the Vigilance and Anti- Corruption Bureau’s(VACB) damning findings on  the widespread corruption in the Local Self-Government(LSG) Department, the city Corporation has initiated face-sa

KOCHI: In the wake of the Vigilance and Anti- Corruption Bureau’s(VACB) damning findings on  the widespread corruption in the Local Self-Government(LSG) Department, the city Corporation has initiated face-saving measures.
As part of this, the civic body is mulling a ‘People’s Committee’ to weed out the graft.
According to Mayor Soumini Jain, the 10-member panel would be headed by a retired Justice. Most importantly, the members of the ‘People’s Committee’ would not get any honorarium from the Corporation for the services rendered. 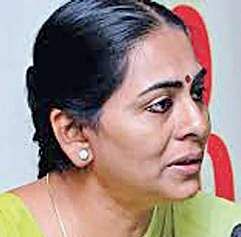 “The people can report the corruption charges against the officials or the councillors to the committee and the committee, in turn, can recommend the name of the persons concerned to the Council for initiating the necessary action,” the Mayor said.
“This will help to eliminate the corruption in the civic body. It is up to us to take the remedial action when the anti-corruption watchdog comes out with the damning findings against the local bodies. We can’t turn a blind eye to the findings,” she told reporters here on Thursday.
Besides,Jain said an all-party meeting would be convened to discuss the matter.
“We would convene an all-party meeting to discuss the matter and based on it a final picture would emerge. Later, the proposal will come up before the Council for its approval,” the Mayor said.
“The committee will hold a sitting once every month. If the people have any complaints they can inform the panel. This will definitely have a deterrent effect on the corrupt officials,” she said. In the event of government sanction being required for setting up the committee, the Corporation would approach the goverment. The civic body is planning to press ahead with the move after the budget session of the Assembly.