KOCHI: Most of us hold on to a snugly dream from our childhood. Sometimes, it withers away with time, or we replace it with another dream caught from the tide of life. But for Neethi Elizabeth Varghese, the dream never changed shades; she had always wanted to create exquisite designs and own her own line of haute couture right from when she was a wide-eyed fifth grader.

And that’s the reason why she decided to start afresh after her two-and-a-half year stint at the Synthite Group, where her father, Viju Jacob, is the managing director. 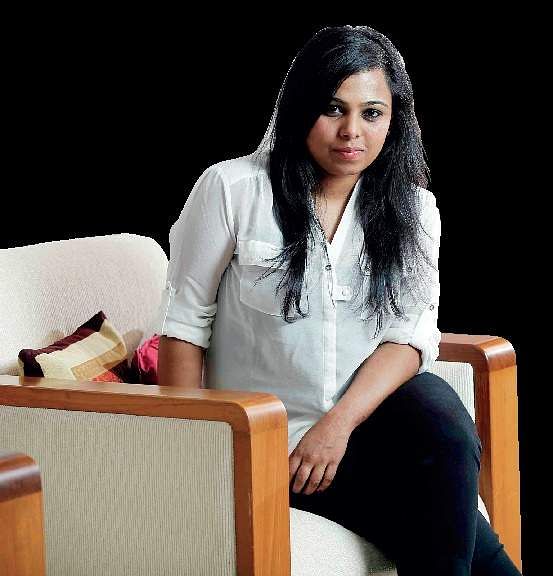 “After completing my Bachelors in Fashion Technology (BFT), I did my majors in textile design,” said Neethi. “But like every child from a business family, I thought I’ll see if I’d fit in, and took up a job with the Synthite Group. But my dream called on me finally, and I decided to take the next step.”

Neethi’s family had their reservations about her venturing into the world of fashion, and one of the first things her father asked of her was a plan. “I was surprised at how little I knew about planning! My mind was so fixated on designing that I had paid little heed to the other procedurals,” Neethi laughed. “And that’s when my family intervened and started giving me directions,” she said, adding that coming from an illustrious business family meant that she had to catch up soon and live up to everybody’s expectations. “They taught me how to run something by yourself.”

And soon, Ezva, the multi-designer store started taking shape. “I conceived this idea from the UK store Selfridges that has various designers’ collections under one roof. I have eight other designers’ creations alongside mine at Ezva,” Neethi elaborated. The store that opened last December houses the works of Anita Dongre, Rahul Mishra, Neeru Kumar, Pratima Pandey and Chirag Nainani among other designers. The store, a high-end fashion destination, finds its space in Ramada Resorts, Kochi.

Talking about her collections, Neethi said that she had three different lines - Label line, Festive line and Ezva couture. While the Label line comprises the fun, casual western outfits, Festive is all about Indian wear, with that elegant touch of the ethnic motifs. “Right now, with the start of the summer season, it’s all about breathable fabric; we have casuals in pastels shades, such as powder pink and peaches in bohemian and flowy cuts. There are flared pants with extra pleats, oversized tunics and shift dresses as well. On the ethnic front, straight cut tunics with palazzo pants, asymmetrical hemlines and delicate embroidery make for quite a splash,” said Neethi, adding that the formal wear line will soon be launched.

The Ezva couture, which is getting its line of bridal styles ready to go up in April, seems an interesting and potent mix of ideas. “I have envisaged 20 different bridal styles, and each one is named after a bride - we have the Playful Bride with a fun and easy attitude, Night Bride, who flaunts her ‘out there’ personality, the Delicate Bride, who manifests the dainty darling look, the Princess Bride who is classy and sophisticated, the Edgy Bride who is more the sporty, adventurous girl, and so on! “I don’t want to push in trends. I want to cater to all kinds of people, as Kochi has quite a mix of peoples and cultures. There’s something for everyone here” said Neethi.