Will we see a repeat of Coal India Ltd episode for the initial share sale of Cochin Shipyard Ltd?

In November 2010, the Coal India employees lost Rs 623 crore at the time of listing. Sure, technically this was a notional loss, but try telling that to the Coal India employees, whose loss that day translated into gains for the foreign institutional investors! For the Cochin Shipyard’s IPO, the company has set aside 8.24 lakh shares for its 1800-odd employees. 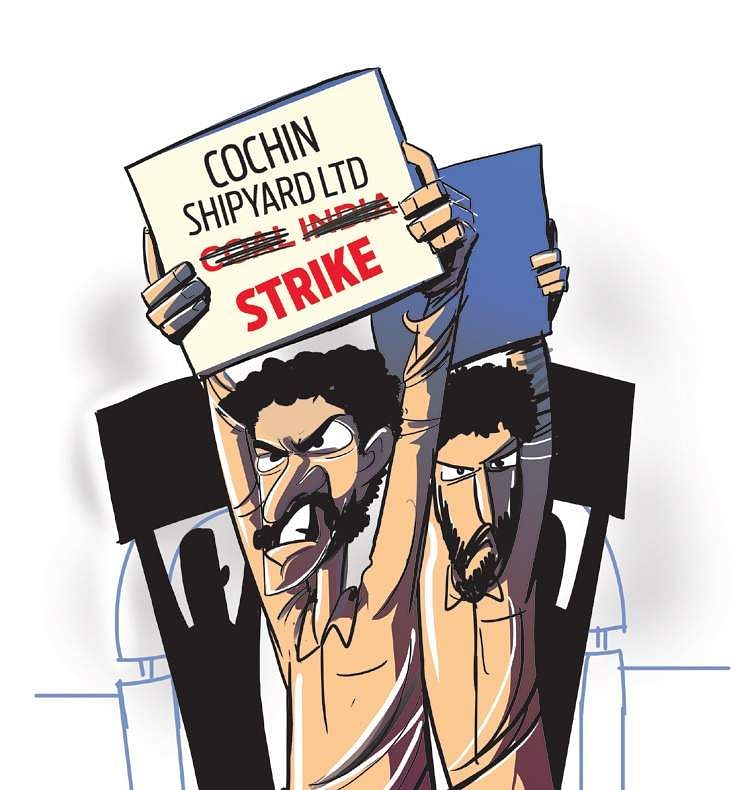 As per the regulatory filings, the IPO will also offer a five per cent discount on the final price for the shares offered to employees. Notionally, the Shipyard employees stand to gain a few crores of rupees, right on the first day of listing and much more in the days come. But, first they need to make sure they don’t land in the same boat as their Coal India counterparts.

Rewind to August, 2016 when representatives of three investment banks - SBI Capital Markets, JM Financial and Edelweiss Financial - faced protests from the Cochin Shipyard Joint Action Front, a confluence of CITU and INTUC. Result: the bankers were so scared by the ferocity of the protest in front of the main gate that they were forced to take the sea-route to enter the Shipyard premises.

Analysts are convinced Cochin Shipyard’s business looked promising, and could offer a Coal India-type bonanza immediately after the listing. Here is why: Cochin Shipyard has been continuously reporting profits in the last five years. The total revenues and profit after tax increased from Rs 1473.7 crore and Rs 155.32 crore respectively in 2012 to Rs 2099.28 crore and Rs 285.82 crore in 2016 fiscal. In other words, a compounded annual growth rate (CAGR) of 9.25 per cent and 16.47 per cent respectively.

“Ship-building is a capital-oriented business. Though I’m yet to go through the draft red herring prospectus, I’m sure the Cochin Shipyard IPO would offer attractive valuation to investors. The outlook for the next 2-3 years is good,” says Vinod Nair, research head at Geojit, a stock-broking outfit.