Vigil as craze for exotic pets spreads in Kochi

Going for the wild and exotic is the in thing in Kochi.

KOCHI: Going for the wild and exotic is the in thing in Kochi. With the fad for keeping rare animals-often endangered species-at home catching up in the city, wildlife protection agencies have cause for concern.

This trend has caused a spurt in the number of cases registered under the Wildlife Protection Act in the city and its suburbs since January.From the beginning of this year, as many as 15 cases have been reported in Ernakulam alone, say data with the Society for the Prevention of Cruelty to Animals (SPCA). The same number of cases was registered last year. 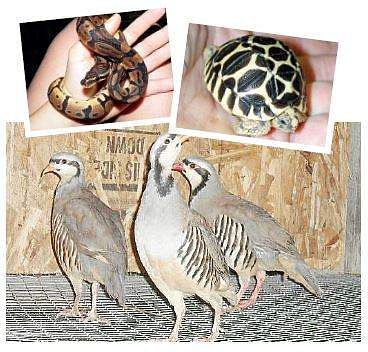 “It has become fashionable among city residents to keep endangered species at home,” SPCA inspector P M Sajith told Express. “Many people are aware of the legal issues in keeping such animals, but they do it on purpose. Some others do it unknowingly. Unlike in the past, we detect such cases every week from Kochi,” he said. Recently, the society members found a Chukar partridge in the residence of a woman.

Birds are the most common exotic pets, with hill parrots being the hot favourite. Similarly, snakes, tortoises and peacocks are also found in some of the city homes. There are even reports of people keeping pangolins. They consider it to be a prestige issue and would like to flaunt these creatures before visitors.

Cashing in on the trend are pet rackets trading in exotic animals. “Last year, we had busted a racket providing hill parrots in the city. They pick matured parrot eggs from forests in north India and hatch them. Then, the birds are sold for Rs 6,000 a pair. Such rackets thrive when there is a surge in demand,” Sajith said.“The penchant for having snakes as pets is on the rise,” he said.  Some others go for such animals to ring in good luck. “One of my customers bought a turtle for good fortune on the advice of an astrologer. People come across such beliefs while surfing the Net and choose to buy endangered birds and animals,” a city-based pet shop owner said.

Wild hobby
The trend has caused a spurt in the number of cases registered under the Wildlife Protection Act in the city
Birds are the most common exotic pets, with hill parrots being the hot favourite.