Advertising guru Piyush Pandey talks about the talent in Kerala and trends in the industry.

KOCHI: On a recent summer afternoon, advertising guru Piyush Pandey stands outside the entrance of the Vivanta by Taj at Kochi and pulls on a cigarette. He has an easy smile on his face. And a sense of humour. Because, later, when somebody asks about his playing Ranji Trophy, Piyush says, “That was a long time ago. You can see from my size that I no longer play the game.”

Standing next to him is Prathap Suthan, the Mentor of the Pepper Awards, one of South India’s biggest awards event for advertising (see box).

Piyush, who is the Executive Chairman and Creative Director, South Asia, Ogilvy and Mather had been invited as the chief guest. 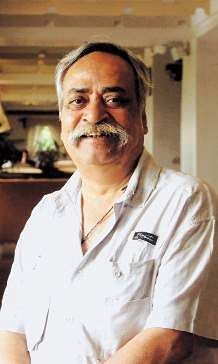 And the experience had been a good one for him. “I saw some very good work,” he says. “Since a lot of it was in Malayalam I cannot comment on the copywriting. But my Kerala colleagues told me the copy was good. I loved the humility of the award-winners, organisers, and the press.”

Piyush also has a touch of humility. And smartness too. It is not easy to be relevant in a creatively demanding and highly competitive field of advertising for more than three decades. Asked the reasons behind his success, Piyush says, “I might have scored a 100 yesterday, but when I go to the cricket pitch today, I start at zero. In other words, you have to forget the work that you did earlier. You love it, respect it, and have wonderful memories, but you have to move on. Nobody can live on past glory. You have to try and be the best today. ”

It helps that in a country where are the majority are young, his creative team is stacked with youngsters. “They make me feel younger,” says Piyush. “And because I interact with them, I get an idea of their mindset.”

There are other reasons behind the success story. “You should be sincere in your work, and respect your audience,” he says. “Then only will they love you. After seeing my work, the audience members should be telling their friends, ‘Have you seen that ad? It is so beautiful’.”

It seems to be the right way, because Piyush has won numerous awards. In 2000, the Ad Club of Mumbai called his commercial for Fevikwik as the ‘commercial of the century’ and his work for Cadbury as the ‘campaign of the century’.

He is the only Indian to win a double gold at the Cannes Lions International festival, and a triple grand prize at the London International Awards. In 2012, Piyush received the Lifetime Achievement Award (the first for an Indian) at the Clio International Advertising Awards and, in 2016, he won the Padma Shri.

However, Piyush has noticed a disturbing trend regarding awards. “Most youngsters are only gunning for awards these days,” he says. “And that is a wrong way of looking at your work. At the end of the day we are commercial artistes, not pure ones. We are hired by somebody to help his commerce prosper. So, we should create ads that will help promote the brand.”

Instead, many are making esoteric ads, which has nothing to do with the brand. “They make five-minute films, put it on digital, and get millions of likes,” says Piyush. “‘Likes’ does not mean that I will go out and buy the brand. And that is a trend that I am worried about. If you cannot connect, then you have wasted somebody’s money.”

And interestingly, in their latest Sprite ad, Ogilvy takes a tongue-in-cheek dig at this obsession.

The Pepper Awards was started eleven years ago, by the Pepper Creative Awards Trust, as a
competition for the Kerala advertising industry. Today, it is the second largest in India. There
were 600 entries in 100 categories from 70 agencies in Kerala, Karnataka, Tamil Nadu and Andhra Pradesh. In the end, Plainspeak was chosen as the Agency of the Year. This is based
on the maximum points received in all categories.