Marriages made in heaven(.com)Express FeaturesMaria (name changed), while she was in her teens, told her parents she will marry a husband of her choice without the exaggerated family drama and unneces

KOCHI: Marriages made in heaven(.com). Express Features Maria (name changed), while she was in her teens, told her parents she will marry a husband of her choice without the exaggerated family drama and unnecessary expenses. Growing up in a European country, the girl's parents, unlike many Indian parents, agreed to her decision. Now a 22-year-old with a BDS degree, she has found her perfect match and her parents have said, Yes, we do! As time has gone by, certain changes have taken over the Malayali community. Thanks to the internet (especially the dating apps and matrimonial sites), a lot of trends have evolved in the wedding scene in the state. 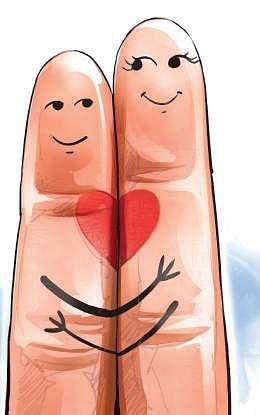 A survey of over three lakh users of online matrimonial site Kerala Matrimony has revealed interesting findings on how Malayalis find their life partners. Studying the demographic patterns of the people wanting to marry and their preferences, it was found that a majority of the youth from cities such as Thiruvananthapuram, Kochi and Kozhikode, and developing suburban areas such as Thrissur and Kollam registered in matrimonial sites. And for the Malayalis living outside the state, matrimonial sites saw the highest number of registrations from Bengaluru, Mumbai, Delhi, Chennai and Coimbatore.Of these, the user base comprised 30 per cent women and 70 per cent men. The data revealed 86 per cent of the women seeking a life partner are between the age group of 20 and 30, while 80 per cent of the men ranged from 26 to 35 years. Pointing fingers to the 'arranged marriage' situation that still exists, only 22 per cent of the female profiles in the state are registered by themselves. In the case of male profiles, 59 per cent of them were created by themselves.

Though I created the account and set up my profile on the site, it was my parents who were constantly checking for matches, says Arjun Menon, a management consultant, who will soon get married. Furthermore, the top profession listed by women in their profiles is 'software professional'. Interesting enough, a significant percentage of Malayalis are open to marrying outside the state. Though I grew up in Kerala, I was brought up in an unorthodox way, which most men in the state can't seem to understand, says Deepthi, a BBM graduate. Only 36 per cent women and 32 per cent men stated they want to find a match only from Kerala.In terms of family values, 42 per cent of the women specified they were traditional, 38 per cent said they were moderate, 12 per cent liberal and eight per cent orthodox in their profile.

Compared to this, men seemed to be more traditional at 46 per cent, 25 per cent said they were moderate, 16 per cent liberal and 12 per cent orthodox.In terms of educational qualification, 37 per cent women had an arts, science or commerce degree, while 30 per cent were engineers. Fourteen per cent had a degree in medicine and 7 per cent had a management degree. In the case of men, it was 26, 21, 2 and 8 per cent respectively.

According to Kerala Matrimony, most registration in matrimonial sites are from Thiruvananthapuram, Kochi, Kozhikode, Thrissur and Kollam.

Now we are on Telegram too. Follow us for updates
TAGS
marriages Kerala Matrimony online matrimonial site